As some celebrate 100 years of the death of Emily Wilding Davison - the suffragette who locked herself into a cupboard on the night of the Census so that she could put her address down as the Houses of Parliament - and later died under the king's horse at Epsom .... the following is an interview with Jeremy Corbyn relating the night that Tony Benn and he snuck into the Houses of Parliament to put a plaque up in the cupboard - assisted by an unknowing and trusting policeman who even carried the tool-box and unlocked the Chapel...


Meanwhile, Grand Lodge is requiring an apology from the Guardian for a misleading article about two well reported Lodges in Parliament, the first for members of Parliament - and the second - Gallery Lodge no 1928 which was specifically for journalists working in  Parliament - the Lodge that my father joined back in the 60's. There is apparently a written history of the Lodge somewhere about - but so far I am unable to find a copy - apparently also written in the 60's. Wiki holds a short reference to the Lodge and mentions in Hansard. Apparently there is a scandal of one member sending the minutes of the last meeting out as a general email to parliamentary party members by mistake... So easily done these days - the wrong mailing list and BINGO!
Mind you - as secretary for a few Lodges I think the reading would be just as boring to non - members as to members - but that is just my opinion ..

But here is the letter : 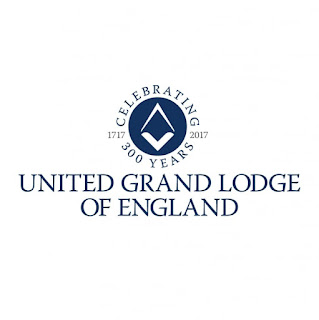 Dear Sir/Madam,
Complaint – Article published on Sunday 4 February
This is a complaint pursuant to your Editorial Code about an article published on Sunday 4 February on your website and in print on Monday 5 February. The article was headlined "Two Freemasons' Lodges Operating Secretly at Westminster" and Ian Cobain was credited with the byline. lt contained significant inaccuracies which created a substantially misleading article. The existence of the two lodges in question is not secret, they don't operate at Westminster and they don't have MPs or journalists in their respective memberships.
ln particular:
We provided extensive information and quotes to Ian Cobain in answer to his questions about Freemasonry and he used this information in other contemporaneous articles about Freemasonry. He chose not to ask us about New Welcome Lodge and appears to have ignored all of the widely published and available information about it and Gallery Lodge. He did not provide us with any opportunity to correct the errors in his article. Instead, inaccurate information has been published to create a misleading impression of Freemasonry. The reader is deliberately left to infer that journalists and MPs meet in secret at Westminster as Freemasons, which is untrue and which the author must have known or suspected to be untrue. There is no evidence for, or truth in, these inferences in the article about Freemasonry.
By publishing inaccuracies which foster and promote popular prejudices against Freemasonry concerning corruption, power and control, the article damaged the reputation of the United Grand Lodge of England as a membership organisation and encouraged further discrimination against individual Freemasons.
We request that you publish a retraction of the article in an agreed form which confirms that journalists and MPs don't meet in secret at Westminster as Freemasons. We also request that you publish an apology to Freemasons for misleading the public about the nature of Freemasonry.
Yours faithfully,
Dr David Staples
CEO
For and on behalf of
The United Grand Lodge of England
We shall see ...

The original article refers to three lodges, New Welcome Lodge "which was specifically set up for Parliamentary staff and MP's after the 1926 general strike, to admit Labour politicians who had previously been refused entry to Freemasonry, the Guardian understands that none of its current members are Labour MPs.
Many are said to have left the Freemasons in the 1980s, fearing they would lose their seats if they were questioned about membership while reapplying for the Labour party’s nomination in between general elections, which had become a requirement at the start of that decade.
At least one Labour MP is said to have left New Welcome Lodge when facing reselection at this time, and arranged for his membership to be held in abeyance so that he could be quietly readmitted once he knew his parliamentary seat was secure."

"The UGLE said Gallery Lodge currently has 45 members and Alfred Robbins Lodge – which is named after a former newspaperman and prominent mason – has 18 members.
“None of the members who have joined either of these two lodges since 2000 have their occupation recorded as journalist or anything obviously linked to the newspaper industry,” the spokesman said.
It is unclear how many of their members joined before that year, however, and UGLE will not identify the lodges’ members.
The Guardian understands past members of Gallery Lodge have included former journalists at the Times, the Daily Express, the Scotsman, and several Hansard reporters."

Alfred Robbins lodge is mentioned more in Paul Calderwood's excellent book on "Freemasonry and the Press in the 20th Century" which stood in pride of place in my mother's house for many years and which formed the basis of his Prestonian Lecture. He tells how the Alfred Robbins Lodge was almost named the Fourth Estate Lodge... interestingly the name of the parliamentary dining club my father set up in the 60's .... I shall have to track both Gallery Lodge and the dining club some day....


And finally I gained a nice bottle of Port at the Installation of Mansell Mark Lodge last night (as Grand Officer and Honorary Organist). I didn't exactly win it in the raffle - someone else did - but he said he had loads of bottles of Port - and I had a Divisional Sash going spare for Red Cross of Constantine - so a fair bargain for both of us .... 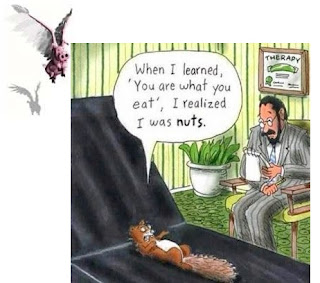