Thought for the day :"You are the result of 3.8 billions years of evolutionary success - act like it"


Quite enjoyed this missive from a friend who also happens to be  a mason - let's call him Tom not to  protect the innocent - but 'cos that is his name...

So I light of the recent accusations about freemasonry in social media I was reading some of the comments and just stumbled across this .......
So, Freemasons, clearly we are all space lizards, ruling the world and getting let off parking tickets. We stand on our heads and sacrifice goats. We have literally millions in the Bank which we usually spend on the genetic manipulation of the population, whilst simultaneously complaining about spending twenty quid on roast beef, yorkshire pud and gravy for dinner at Lodge last week.
Of course, we pay off Police Officers and politicians, and our funny handshake pretty much guarantees planning permission for our kitchen extension. We wear aprons, mainly to handle the mess after all those ritual sacrifices, but sometimes to stop our trousers getting mucky when we dribble our soup. When we get home from our normal jobs we concentrate on the organised brainwashing and mind control techniques of your family – and yet we can’t get our own kids to brush their teeth or tidy their bloody bedrooms.

We are predominantly a devil worshipping cult that is open to anyone of any religion, with full respect to their faith – and our charity work is a cover for international money laundering. Obviously.
We sweep the roads, empty the bins, fix your washing machine and nurse your sick relatives – but it’s all a sophisticated cover to watch you like hawks ready for the coming of the antichrist when these fat middle aged blokes with rolled up trouser legs will clearly take over the Earth.
We melt if we walk into church, but only if the heating is on after we have fixed it. We secretly mould world events to serve our purpose, but mainly from the Bull & Stirrup pub in town when the poker team aren’t using it, which is usually on a Wednesday after 7.30
The trolls can no longer get away with uneducated and ill-informed comments on the basis of race, colour, sexual orientation, gender, religion, shoe size, disability, political persuasion or how big our pants are, but I am afraid however that Freemasonry is all they have left to legally offend and fantasise about. It would be funny if they didn’t believe some of the tripe they write.
We are a group of men who regularly get together to learn how to be better. We learn ancient rituals with incomprehensible words that carry lessons in life, to help us recognise what we have, to make us think about those that don’t have, and to simply make us better men. We socialise afterwards and rub shoulders sometimes with the great and the good, but we are mainly just ordinary folk working ordinary jobs. We overcharge ourselves for food and drink, the profits going into charity funds that serve both Masons and non-Masons alike. We make the effort to hold events that generate profits – 100% of which go to our famous charity pots.
We silently support families that are struggling, communities suffering hardship and countries following natural disasters such as earthquakes and tsunami. We adapt vehicles, buy wheelchairs, install stannah stairlifts and pay for the education of children whose fathers are no longer here, or able. We don’t shout about it, we just do it.
We don’t ask you for a single penny, we don’t crowdfund, you won’t find us on kickstarter or gofundme. You will find us inside buildings clearly marked in plain view as ‘The Masonic Hall’, probably with a sodding great square and compass over the door as well. Forgive me but does that strike you as furtive or sinister? After reading this if you’re interested to find out more just ask - there are a few things that are private to members only, like the significance of the Square and Compass, but there are no secrets, no shady dealings, no dancing virgins and I can promise you, no exemption from speeding tickets.

Some people just talk, and some take action, we have taken action for over 300 years and we are proud of what we do... 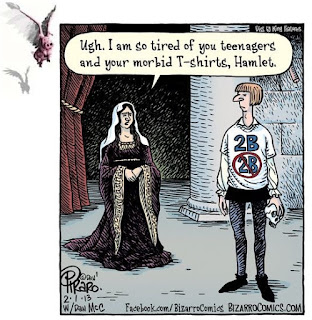