Thought for the day:"Everything happens for a reason - sadly, sometimes that reason is that you are stupid and made bad decisions"

Not sure whether the links will survive time or not - but it is here for the moment . This is the article from Freemasonry Today with links..

THE UNITED GRAND LODGE OF ENGLAND IS GRATEFUL TO THE GUARDIAN FOR AMENDING THE ARTICLE ORIGINALLY TITLED “TWO FREEMASONS’ LODGES OPERATING SECRETLY AT WESTMINSTER”ON THEIR WEBSITE ‘TO REMOVE A MISLEADING IMPRESSION CONVEYED BY THE ORIGINAL HEADLINE’
This follows a letter to The Guardian highlighting several inaccuracies and to clarify that the lodges mentioned do not operate in Westminster, their existence is not secret and that no MPs are members of New Welcome Lodge. As a result of an investigation, The Guardian concluded that the article's headline, standfirst and lede conveyed a misleading impression and corrected the inaccuracies.
The Guardian has also placed a correction notice at the bottom of the online article which states: ‘This article was the subject of a public complaint by the UGLE and an investigation by the Guardian readers’ editor.
‘On 20 February 2018, consistent with the readers’ editor’s conclusions, the article was amended to remove a misleading impression conveyed by the original headline, standfirst and lede to the effect that the existence of the three named lodges was secret or covert, that they met secretly at the Palace of Westminster, and that New Welcome Lodge had MPs among its membership currently.’
The Mirror also removed an article published on their website which contained inaccurate and misleading information about Freemasonry, as a result of an Independent Press Standards Organisation (IPSO) complaint.
A personal letter by Dr David Staples, Chief Executive of UGLE, titled ‘Enough is Enough’, first appeared as a full page advert in national newspapers on 7th February 2018 calling for an end to the discrimination and misrepresentation against Freemasonry in the media, leading to a series of public TV, radio and press interviews.
However - for me I was more interested in the terms "standfirst" and "lede" which I had not come across before - a daily advancement in my learning !
standfirst n. in British journalism, introductory or summary information above a newspaper article; a kicker (U.S.); a précis. Editorial Note: Sometimes wrongly used as a synonym with lead (or lede), which is part of the article whereas a standfirst is not.
lede - The phonetic spelling of lead, the beginning, usually the first paragraph, of an article, so spelled as to indicate the specialized meaning rather than the common meaning to a Linotype operator.
Once started of course you end up in all sorts of issues:
Here I found an entire glossary of journalistic terms : https://www.journalism.co.uk/glossary.php
Cheers 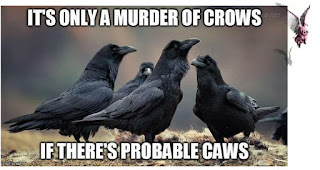