Thought for the day :"Man goes in a pub… Which is odd, because they are usually found in the Greengrocers"

Valentine's Day...  booked a table for tonight, lucky to get one!! The snooker club is usually busy on a Wednesday!

New Road update - road closure again... Not Gas Board this time but they are changing a lamp post ..
Managed this one without traffic lights though the restriction is about the same .... 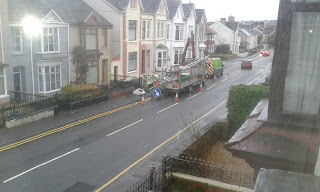 Meanwhile in other news they discovered a WW2 bomb in London and had to close the airport..
London City airport was closed all day yesterday following the discovery of a WW2 bomb.

I have been asked why a bomb in London would be defused by a Royal Navy Bomb Disposal Team rather than army?
For the benefit of my civilian friends, all 3 services have a Bomb Disposal capability.
Who deals with the device depends on where the bomb is found. The Royal Navy deal with anything below the high water mark, the Army deal with anything above the high water mark and the RAF deal with bath bombs and fizzy pop unless there is a danger of spiders when they call in a service with more seniority... such as the Scouts.

Managed to edit the video of "Drones on the Beach"

Lent starts today so thought I would share a Valentine card
Cheers.. 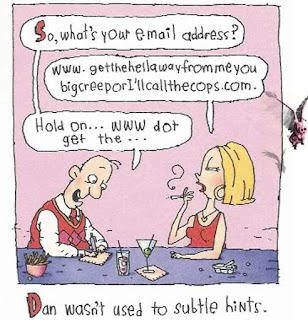