Thought for the day:"A Dishwasher salesman was sacked from his job for sending Indesit images to his customers"

Had many problems with video editing yesterday and have no idea why..
First of all the "section" software in the editing suite seemed to show the full page in all the previews - but when rendered the images were foreshortened and incomplete. Found a work around. Then uploaded to Youtube and found that the High Res version that I was loading - and it took long enough - would only play at 320 pixels not HD - and to be honest you could really see the difference.

So I re rendered it and uploaded over night.. But it stopped at 18% and was still there this morning .
So I stopped the process and tried uploading again - and it is still at 80% 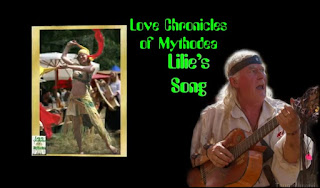 In other news we can celebrate Brexit today - well an historic Brexit and the last invasion on British soil - and the glorious victory of the Welsh over the French - and life our glasses to Jemima Nicholas for though the invasion started yesterday in it was on the 23rd February 1797 that the women of Fishguard  captured the French and marched them to St Mary's Church .... and all because the Welsh Costume the women wore made them look like English Army Soldiers... 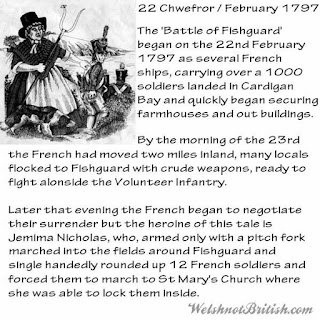 That's why we hate the French

Cheers - To Independence and Jemima -