Gas board Update
Traffic Lights removed - but road signs still there... Big hole filled in but looks like they will be back...

It's a religious holiday in France that nowadays sees a lot of people eating a lot of crêpes.
there's a lot of history to this day - more on this later - but in short, it was a good way to use up the extra wheat ahead of the new harvest. And symbolically, it looks like a sun, so it was a reason to rejoice as the days started to get longer.

Why February 2nd?
The date actually marks when Jesus was presented at the temple in Jerusalem.
Before becoming a religious holiday, Chandeleur stemmed from several pagan traditions celebrating the fertility of the earth and the beginning of the end of winter.
It's said that in the 5th century, Pope Gelasius I started the Festival des Chandelles on this date, a candlelit procession through the streets of Rome that culminated in placing the blessed candles in the churches. Gelasius linked this custom to crêpes by handing out galettes (a type of salty crêpe) to poor pilgrims who arrived in Rome that day.

Thanks for the history lesson.
You're welcome. It's good to know the history, but nowadays the crepes themselves are the most important thing about La Chandeleur for many.

Do the French do Crepe Tuesday too?
You mean for Shrove Tuesday? No, they don't. Shrove Tuesday, when many other people around the world are eating pancakes, is called Mardi Gras in France (or Fat Tuesday) and is more associated with eating fatty foods - traditionally ahead of the fasting that began on Ash Wednesday.

So how do I take part? Cook up some crêpes for breakfast?
NO! You can’t just whip up a batch of crêpes like you would on an ordinary day. Firstly, it's traditional to have them in the evening. And don't forget the superstitions.

What are the superstitions?
It’s recommended to toss the crêpe in the pan with your right hand while holding a piece of gold in your left - for good luck of course.
Another old tradition also saw people putting the first crêpe in a drawer or on top of a wardrobe to attract prosperity for the coming year.
There are so many traditions, in fact, that we've explained them below  - from candles and snow to coin flipping and ashes.

Is that all the superstitions?
Of course not, we haven't mentioned the weather yet - a crucial part of the day.
Tradition says that a rainy day means another 40 days of rain. Indeed, you might hear the French say "Quand il pleut pour la Chandeleur, il pleut pendant quarante jours".
Other sayings suggest that a sunny day will bring more winter and misfortune, a clear day means winter is behind us, and a cloudy day means another 40 days of winter.
These three all sound better in French, where they rhyme. Here they are in the same order:
"Soleil de la Chandeleur, annonce hiver et malheur", and
"Quand la Chandeleur est claire, l’hiver est par derriere", and
"Chandeleur couverte, quarante jours de perte".
So back to the Superstitions:
The origins of the celebration go back to Roman times, but over the centuries many French regions have thrown in a string of their own superstitions to prevent the worst from happening, or indeed to bring their family fortune.

In the Franche-Comté region, a proverb says that if someone can carry a Chandeleur candle stick all the way home from church without it extinguishing, then that person will "for sure stay alive this year". A bit of a morbid superstition for a candle, you might think, but you've obviously not heard what the folks down in the Haute-Garonne département thought.

There, they said that if a candle's wax only dripped on one side of the candle during a religious procession, it announced the death of a loved-one during the year.
They also said that "bewitched" people could only be cured by a soothsayer using a blessed altar candle on the day of the Chandeleur. He would then draw various symbols on the ground, then mix soil from a graveyard with holy water, only to douse the floor with it together with a mix of poppy, fennel, and wild mustard.


Well, back in the day people would place a single Franc coin on top of their ready-baked crêpes. Then, they'd let the coin cool down before rolling it in some paper and placing it in the wardobe until the next year. Why? The tradition was supposed to bring more money into the household.
In Brittany, many still celebrate the superstition of the six-crepe flip. Those lucky enough to succesfully turn six crêpes in a row will be married off within the year. Also, young brides who want to remain happily married are advised to throw a crêpe on top of a wardrobe.

Another crêpe tradition saw French people holding a gold or silver coin in their hand while flipping a crêpe in their other hand. If the crêpes were turned over on the first attempt, there would be enough money for the family each year.
Snow and good dreams
But it wasn't all good luck. In fact, snowflakes brought bad luck, people believed. They said that if snow fell on La Chandeleur then there would be a split in the family or - at worst - a death in the family.

Lastly, some of the superstitions were about love - especially for young women on the prowl for a suitable husband.
In the Vosges region, young women who wished to dream of their future husbands were tasked with a very specific ritual on the eve of Chandeleur: they had to throw a handful of ashes on burning embers while reciting: "Chandeleur, Chandeleur... show me, while I sleep, the one I will spend my life with." 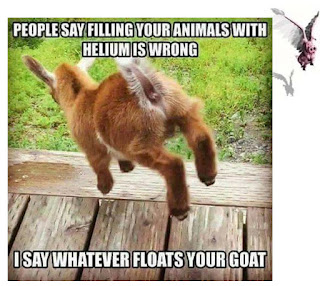