I know it should have been done yesterday!!
But it was raining!!, and there were phone calls, and the dogs needed letting out, and letting back in again, and the Chickens, they needed to come out - though they went straight back in due to the rain (and I don't blame them). And my feet were cold so I needed to put some socks on - and then though it was Sunday, I thought I had better have a shave... and make Susie another cup of tea..  And there were a couple of fine images that were just calling out for a birthday card to be made... and you never know - the inspiration may have gone by tomorrow !!! 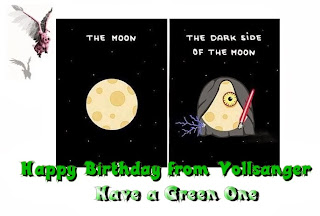 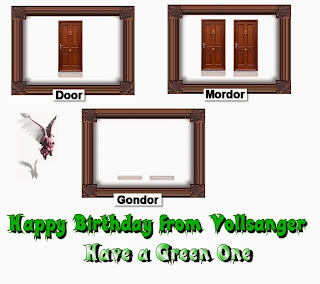 And there was another image that was just calling out for a facebook cover image...


"The Church of England insists Twelfth Night was on Monday – Jan 5 – and refers to the night before Epiphany, the day when the nativity story tells us that the three wise men visited the infant Jesus.
But many people believe Twelfth Night falls on Jan 6, at the end of the 12th day after Christmas, and so keep their decorations hanging in their homes for an extra day.
The difference in opinion is said to be down to the fact that in centuries past, Christmas was deemed to start at sunset on Dec 24 and so the 12th night following it was Jan 5. Nowadays, people count from Dec 25 and so assume Twelfth Night falls on the 6th.
Adding to the confusion, however, most of England's churches remain decorated beyond Twelfth Night so that they can use crib scenes in Epiphany services.
Christmas trees are still standing around the country at the ancient cathedrals of Canterbury, York and Durham, and in Westminster Abbey and St Paul's in London.
In Winchester, staff have already taken down decorations in the gift shop and restaurant yet the main tree will remain on show in the mediaeval cathedral until the service of Candlemas in early February.
But while churches keep theirs on show, England's most famous Christmas tree was taken off display in Trafalgar Square on Monday and publicly shredded to be turned into compost by London's deputy mayor, Richard Barnes, and local children.
A spokesman for the Church of England said: "Twelfth Night is the night before Epiphany and is the night, tradition says, when Christmas decorations should be taken down.
"Epiphany, on the other hand, is the day when the Church, theologically, marks the arrival of the wise men to give their gifts to the baby Jesus: the day when some will add the wise men to their nativity scenes.
"It is no surprise that some churches may well keep their decorations for their Epiphany celebrations."
According to tradition, it is unlucky to leave decorations up in the home beyond the end of the festive season, marked by Twelfth Night, and that anyone who forgets to take them down must leave them in place all year to avoid misfortune."
So the Church has no idea - no change there then !!!
So the Tree comes down today - and not yesterday. My diary says clearly that it is the Monday  that is the twelfth day whatever the Church thinks....    But I may have just put it off...
Oh !!  You thought I was talking about the accounts !!!  that is another story.....
Perhaps I need a drink !!!