2nd January 2014 - On the subject of Moral Dilemnas...and the Diet of Worms

January 1st is gone, and despite best efforts the hangover never had a chance to kick in.
A day with friend, though truth to tell, the small ebay purchase of an electronic breathaliser seemed to be working, as it gave a very realistic "caution" over 5% alcohol levels at 2pm in the afternoon.

Was a good reason not to get anywhere near a car and so Susie had to return my mother to her flat, visit the hospital, while I had a couple of beers - only to be sociable of course!!!

Games in the evening gave a fine opportunity to show that two history graduates know absolutely nothing about British Trivia History ( or any sort of History, Sport, Film or Geography it would seem !!)  But board games are board games and have to be played at holiday periods...  Which led to the House search for the Elusive game of HAMMER - a fine Norscan game of dice and tiles.... The Game of Hide and Seek for the Hammer took most of the afternoon and well into the evening. We knew that we had it last in Crete a couple of years ago.....  Was seen on various shelves over the ensuing period - might have been in the Bothy or the Car at some time - and "wasn't it on the Harmonium at one time???"..   All to no avail. Probably in a Box !!

In desperation, while searching one of the living room shelves ( yes it is still a case of searching even after 9 months of de-cluttering!) I cam across a German game brought back for us from a game festival a couple of years ago by a friend from Skullduggery. The German was a little confusing - but it was clearly a game about worms and chickens!!!

On opening the box, still pristine after these years.. a fairly familiar style of domino tile with numbers was presented to us... with Worms on the tiles!!  and 8 Dice...   Seemed a little familiar in principle..
As the rules were outlined - the English version luckily rather than the German version, the game seemed a little familiar as well. As the game was laid out - it became clear that Worms was actually the exact game of HAMMER as played over the years, but with the purpose of collecting Worms rather than Hammers....

Sad to say - the game proved to be a draw - as each of us proved our capability with the dice was seldom better than our knowledge of British Trivia - though we did have a long discussion about the Diet of Worms and the rise of European Protestantism... But that is another story...  And another bottle of Chateau 41...

Of course the other style of Game that we have been involved in is the Live action Roleplay World, which means that when the following caught my eye - it seemed that it should be recorded for posterity somehow.. 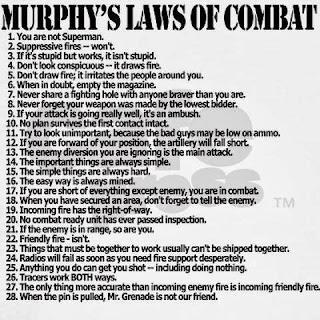 And that brings us to the Moral Question of the day...

You are driving down the road in your car on a wild, stormy night, when you pass by a bus stop and you see three people waiting for the bus:


Which one would you choose to offer a ride to, knowing that there could only be one passenger in your car? Think before you continue reading...

This is a moral/ethical dilemma that was once actually used as part of a job application..

You could pick up the old lady, because she is going to die, and thus you should save her first..

Or you could take the old friend because he once saved your life, and this would be the perfect chance to pay him back.

However, you may never be able to find your perfect mate again.

The candidate who was hired (out of 200 applicants) had no trouble coming up with his answer. He simply answered: 'I would give the car keys to my old friend and let him take the lady to the hospital. I would stay behind and wait for the bus with the partner of my dreams.'

HOWEVER...., The correct answer is to run the old lady over and put her out of her misery, have sex with the perfect partner on the bonnet of the car, then drive off with the old friend for a few beers.

That is why I know more of Philosophy Morality and Ethics than I do of British History, ( or Sport, Geography, Films, Famous People, or Trivia!!)