Thought for the day:"2240 pounds of Chinese soup is Won Ton (unless you are american in which case it is 2000)"

Saw this and thought it may be true.... 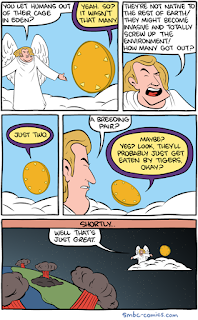 In other news - it has all gone a bit quiet about Ryanair after the cancellation of hundreds of flights due to the pilots decided not to fly ... but they are up and advertising again as the best European Airline - I have never flown Ryan - normally and Easyjet person but saw this little anecdote..

Spare a thought for poor ole Michael O’Leary, Chief Executive of Ryanair.
After arriving in a hotel in Manchester, he went to the bar and asked for a pint of Guinness.
The barman nodded and said, "That will be £1 please, Mr. O’Leary."
Somewhat taken aback, O'Leary replied, "That's very cheap," and handed over his money.
"Well, we do try to stay ahead of the competition", said the barman. "And we are serving free pints every Wednesday from 6 pm until 8 pm. We have the cheapest beer in England".
"That is remarkable value", Michael comments.
"I see you don't seem to have a glass, so you'll probably need one of ours. That will be £3 please."
O'Leary scowled, but paid up.
He took his drink and walked towards a seat. "Ah, you want to sit down?" said the barman. "That'll be an extra £2. You could have pre-booked the seat, and it would have only cost you £1."
"I think you may be too big for the seat sir, can I ask you to sit in this frame please".
Michael attempts to sit down but the frame is too small and when he can't squeeze in, he complains "Nobody would fit in that little frame".
"I'm afraid if you can't fit in the frame you'll have to pay an extra surcharge of £4 for your seat sir".
O'Leary swore to himself, but paid up. "I see that you have brought your laptop with you" added the barman. "And since that wasn't pre-booked either, that will be another £3."
O'Leary was so incensed that he walked back to the bar, slammed his drink on the counter, and yelled, "This is ridiculous, I want to speak to the manager".
"I see you want to use the counter," says the barman, "that will be £2 please."
O'Leary's face was red with rage. "Do you know who I am?"
"Of course I do Mr. O'Leary."
"I've had enough! What sort of a Hotel is this? I come in for a quiet drink and you treat me like this. I insist on speaking to a manager!"
"Here is his e-mail address, or if you wish, you can contact him between 9.00 am and 9.01am every morning, Monday to Tuesday at this free phone number. Calls are free, until they are answered, then there is a talking charge of only £1 per second, or part thereof".
"I will never use this bar again".
"OK sir, but do remember, we are the only hotel in England selling pints for £1."
Have a good weekend 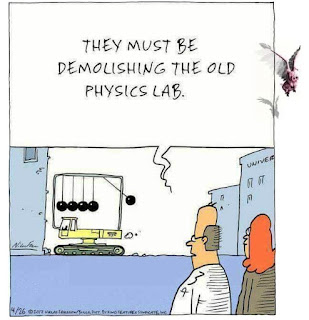