Thought for the day:""Oops! There goes my hat!" said Tom off the top of his head."

And so a month goes by...
The Gas board are still outside  - 2 vans and a digger this morning and the traffic lights outside the house.
A reasonably bright day - though still cold but dry.
And 31 days of Tom Swifty are completed...
Wiki tells me :

The name comes from the Tom Swift series of books (1910–present), similar in many ways to the better-known Hardy Boys and Nancy Drew series, and, like them, produced by the Stratemeyer Syndicate. In this series, the young scientist hero underwent adventures involving rocket ships, ray-guns and other things he had invented.
A stylistic idiosyncrasy of at least some books in this series was that the author, "Victor Appleton," went to great trouble to avoid repetition of the unadorned word "said"; elegant variation used a different quotative verb, or modifying adverbial words or phrases. Since many adverbs end in "ly" this kind of pun was originally called a Tom Swiftly, the archetypal example being "'We must hurry,' said Tom Swiftly." At some point, this kind of humor was called a Tom Swifty, and that name is now more prevalent.
This excerpt (with emphasis added) from the 1910 novel Tom Swift and His Airship illustrates the style:

"Oh, I'm not a professor," he said quickly. "I'm a professional balloonist, parachute jumper. Give exhibitions at county fairs. Leap for life, and all that sort of thing. I guess you mean my friend. He's smart enough for a professor. Invented a lot of things. How much is the damage?"

"No professor?" cried Miss Perkman indignantly. "Why I understood from Miss Nestor that she called some one professor."

"I believe he has a degree, but he never uses it," was the lad's answer.

"Ha! Then I have been deceived! There is no professor present!" and the old maid drew herself up as though desirous of punishing some one. "Young ladies, for the last time, I order you to your rooms," and, with a dramatic gesture she pointed to the scuttle through which the procession had come.

"Say something, Tom — I mean Mr. Swift," appealed Mary Nestor, in a whisper, to our hero. "Can't you give some sort of a lecture? The girls are just crazy to hear about the airship, and this ogress won't let us. Say something!"

The Tom Swifty, then, is a parody of this style with the incorporation of a pun.

For the rest you had better visit this yourself 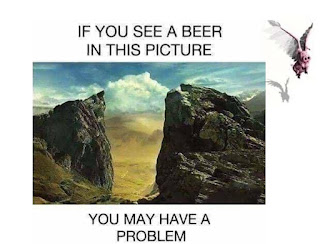