Thought for the day:"I am in a good place just now - not emotionally but this bar has a happy hour"

Borrowed from a friend:
When God was creating Police Officers he was into his 6th day of overtime when an angel appeared besides him and said;
“Boss, you appear to be having a bit of trouble with this one.”
God replied, “have you read the job profile for this one? Police Officers have to be able to run for five miles through alleys and fields in the dark, climb walls, enter houses that Rentokill wouldn’t touch and do all this without creasing their uniform.”
“They have to be able to sit in an unheated, unmarked police car for at least eight hours without needing a toilet, then stand out in the pouring rain guarding a crime scene that night.”
“Physically, they should be supremely fit, ready to deal with anything at the drop of a hat. This peak of fitness must be maintained on a diet of black coffee, coca-cola and half eaten hamburgers and pizzas. Oh, and they must have six hands.”
The angel shook her head slowly and said “Six pairs of hands…. isn’t that a bit difficult?”
“It’s not the hands that are causing the problem,” said God, “it’s the three pairs of eyes that they’ve each got to have.”
“Is that on the normal Police Officer?” asked the angel.
God nodded, “one pair for seeing through bulges in clothing to identify potential threats, a second pair in the side of his head to watch out for the safety of his colleagues and a third set to look reassuringly into the eyes of a badly injured person whilst the mouth convincingly tells the necessary lies.”
“God,” said the angel, touching his sleeve, “ rest and carry on working tomorrow.”
“I can’t,” said God, “I have already managed to produce a model that can wrestle a 16 stone belligerent drunk into the back of a small police car without using excessive force and without upsetting anybody else. It is programmed to feed a family of five in an exceptionally low salary.”
The angel slowly walked all round the partly formed police officer and then turned to God and asked, “Can it think?”
“You bet,” said God, “it can recite the definitions of multiple offences, give the caution with no hesitation, detain, investigate, search and arrest violent offenders in the street in less time that it takes for the CPS to debate the legality of his actions…and it retains its sense of humour.”
“This officer also has phenomenal personal control. Dealing with crime scenes that would sicken an abattoir worker, coaxing a confession from a child abuser, comforting the family of a murder victim are part of the job specification. The sad this is that the police officer then has to read in the paper that he is insensitive to the rights of criminal suspects or convicted offenders.”
The angel was quiet for a minute or two before bending over and running her finger across the cheek of the police officer. She looked at her finger and said to God,
“There’s a leak. I told you that you were trying to put too much into one person.”
“That’s not a leak,” said God, “that’s a tear…”
“What’s the tear for?” asked the angel.
“it’s for bottled up emotions, for a multitude of sad sights and occasions, for injured friends and colleagues, for a misplaced faith in humanity, and for an unswerving dedication to duty and truth.”
“You are a genius,” said the angel.
God looked at the police officer for a minute, turned to the angel and said,
“I didn’t put it there.”
Cheers! 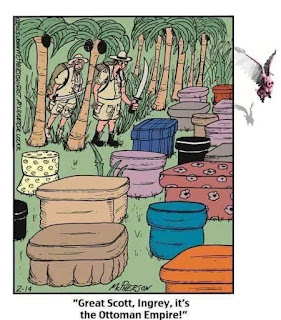