Thought for the day: "Is shakespeare over quoted? - that is the question..."

The box is still in the living room. Seems that the new machine works pretty well and does everything that it is meant to do - other than switch on first thing in the morning. That is a bit of a draw back to be honest. Most of the software that I was worried about not loading is going on fine. But the box is still there until I decide what can be done. Seems that the company who support the machine only deal by email - so I sent them an email - we will see what they say and how they are able to sort a hardware fault via email. That will be interesting..

So - not much happening today while I try to find out what is happening with the box..

On another thought - I cam across this small anecdote which I have been saving until there was not much to talk about.. It tell of a cupboard in the House of Commons and Sir Anthony Wedgewood Benn - better know to most as Tony Benn MP after he gave up his place in the House of Lords...  I thought it was a nice idea to commemorate the actions of this lady, by putting a notice in a cupboard... 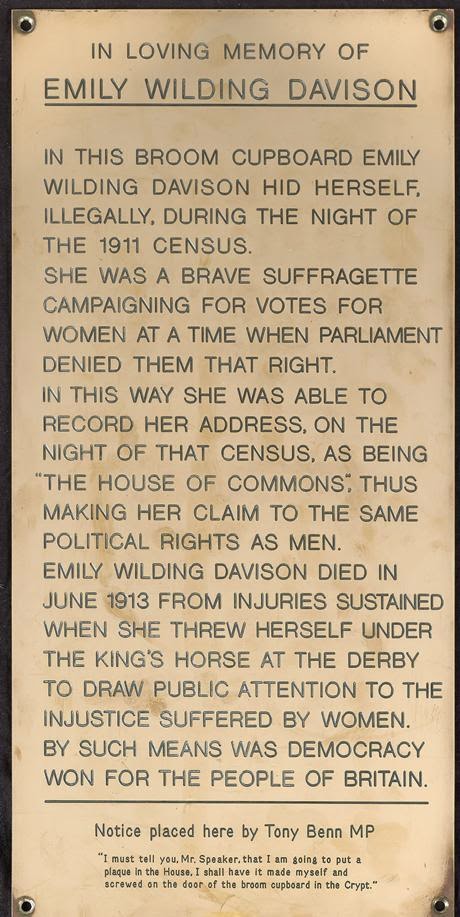 Heard a rumour today that Al Murray - the Pub Landlord, is standing for South Thanet in the next general election .. standing against Nigel Farage.. That will be a bit of the election to watch I think..
Enjoyed his election pledges....