Thought for the day : " Chinese scientists have discovered the rare rock n roll panda, it will only eat A wop bop a loo lop a wop Bamboo " 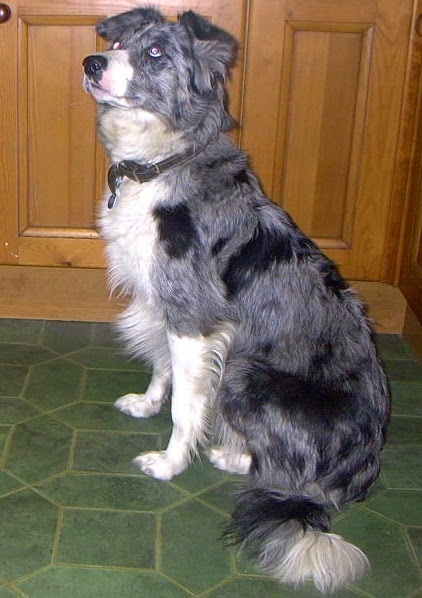 The end of an era really... After almost 18 months of getting weaker, Delft the Cambrian Blue Collie passed away last night...  She had managed a good age for an old collie, almost 16 years old, and had a bad heart problem for the last year and a half. To be frank we had been totally surprised by the fact that she had hung on as long as she had, with her daily heart tablets, and hacking cough, and fluid upon her lungs.... 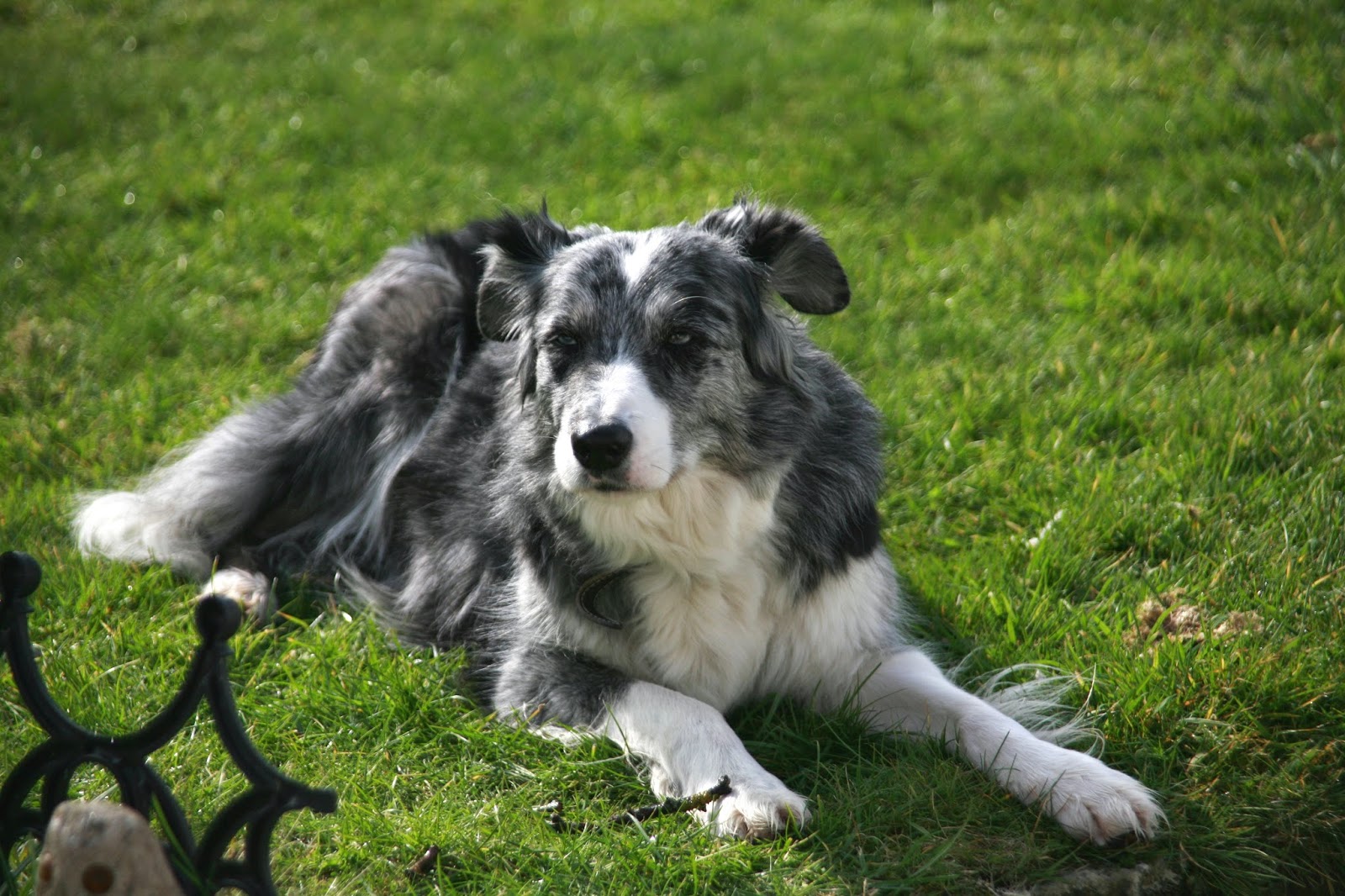 But she still did her little happy dance when she saw her food - though the last few days she seemed to lose her appetite... You could see her acting as a prim old lady watching the youngster, 'Thena the bouncy black labrador, with a tired expression, occasionally wishing that she could still chase a stick or ball and deciding that a nap may be the better answer!!!  Can't say that I disagree with her really! 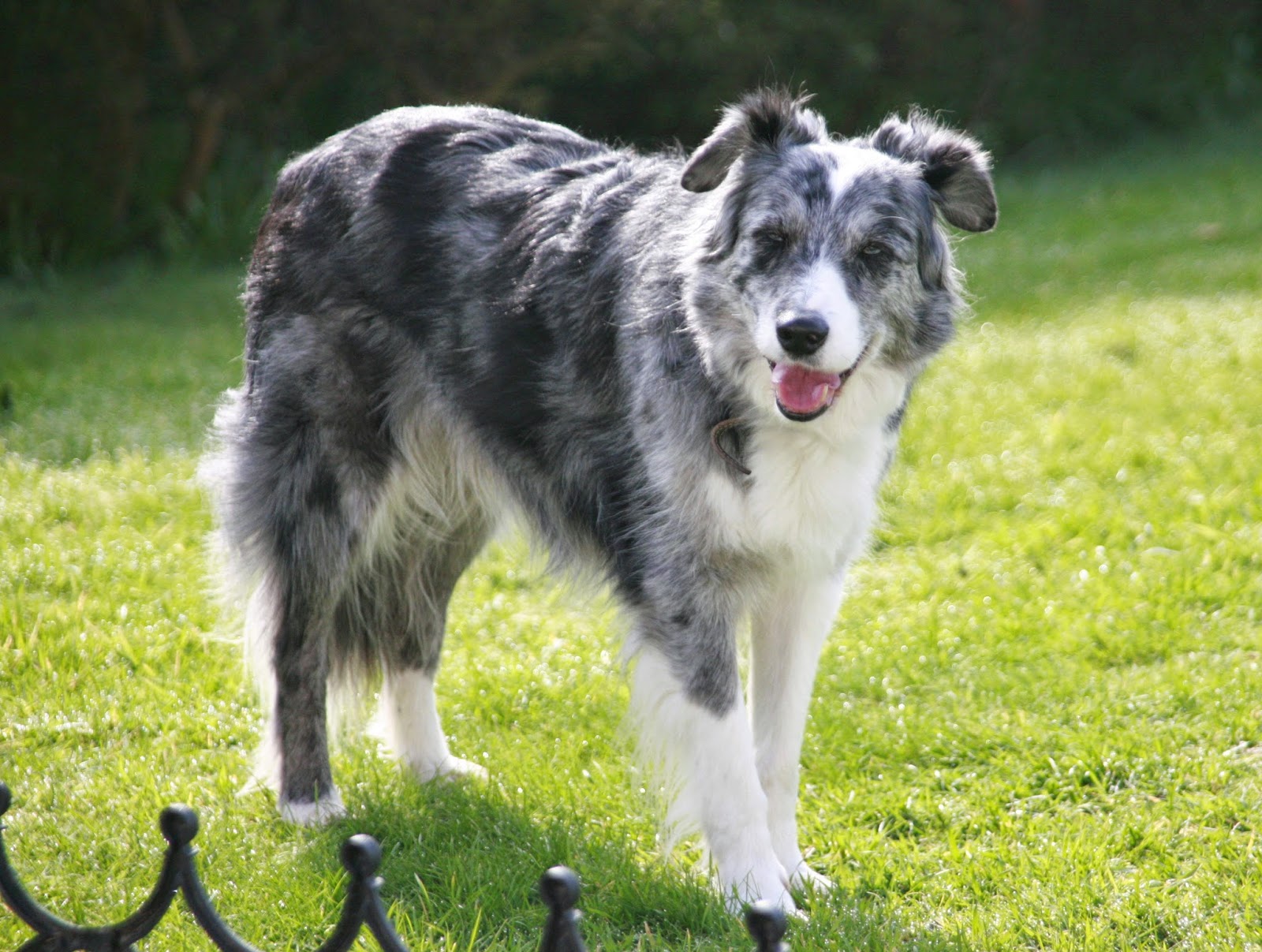 I think her last few weeks have been good for her though. I am sure that she was spoiled rotten with Sam and Simon while we were in Crete... and the last weekend at Bex and Benji's wedding she had a nice time wandering around the field....   Was the nicest time for her to go.... 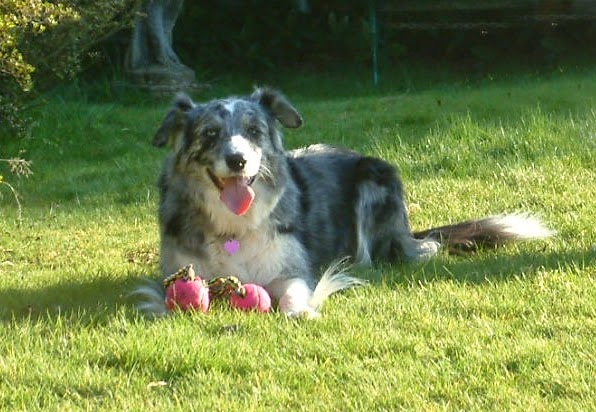 So, I think that we will wait for the smallholding before we get our next pup....  We will be a one dog family for a while - let's be fair - 'Thena is enough of a handful as it is!!! But for now - a reflection of happier days.. 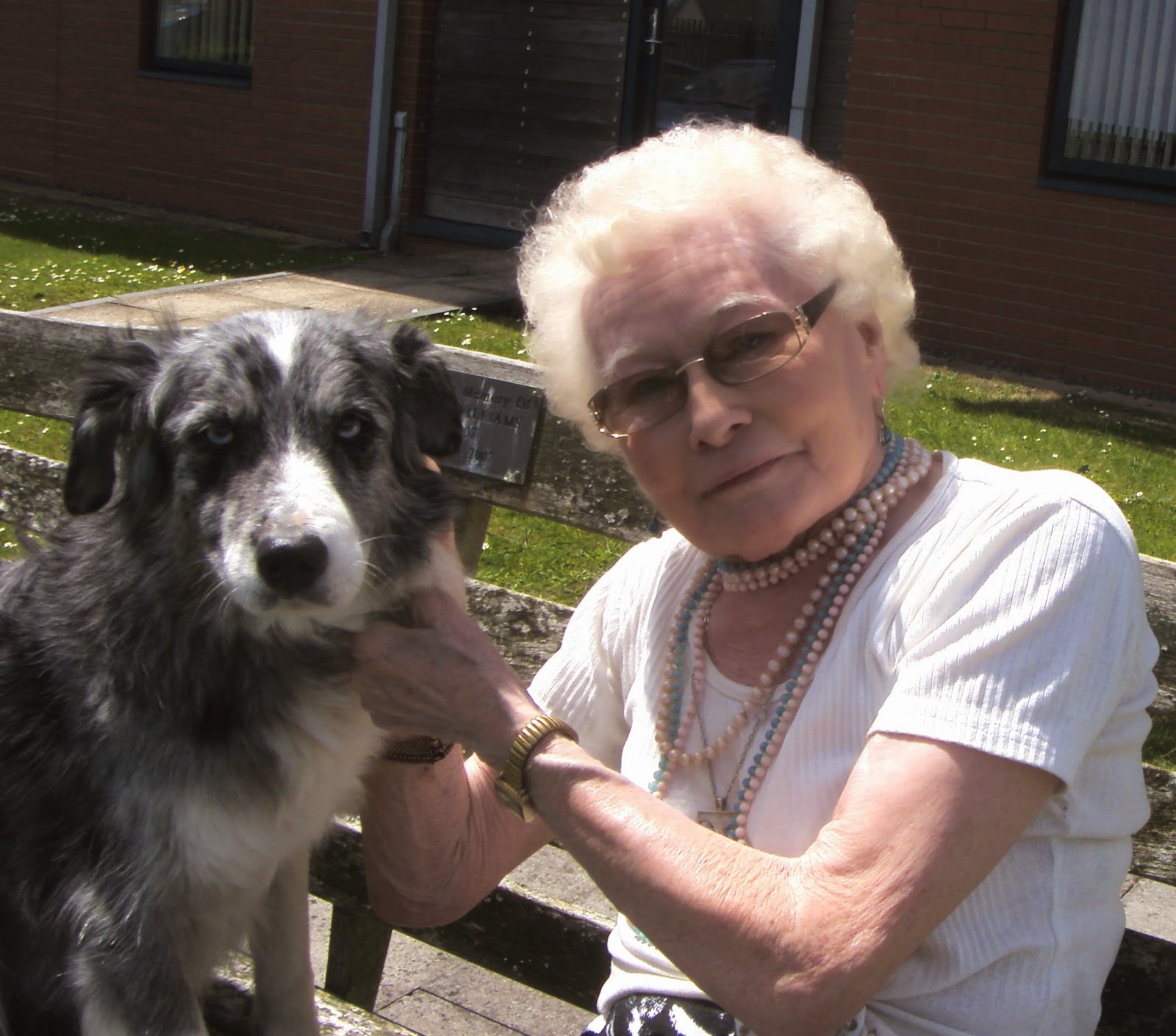 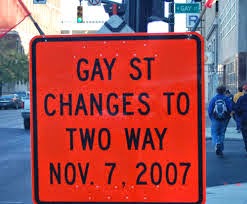