Thought for the day :"I don't care what you think of me - I don't think of you at all"
(coco chanel)
John Lawler poses this problem :

In 1252, The King of Denmark (either Abel or Christopher I), presented Henry III with a "white bear", which was kept in the menagerie at the Tower of London. and frequently taken to swim in the Thames (from Bear Wharf?). To prevent it getting mislaid, it was attached to a chain (or possibly a strong rope) held by a dozen "stout fellows", who, at the end of the exercise period, would haul it out of the water.
What I want to know is: given the size and the uncertain temperament of Polar Bears, and the fact that they can sprint at about 25mph, which way did seniority run along the chain (was the senior man in the place of honour at the front, or was he shouting from the back?)
Also, did the men face the bear (as in long- or short-drag hauling, or have their backs to it (as in a stamp-and-go, which would give the faster runners a a chance)? 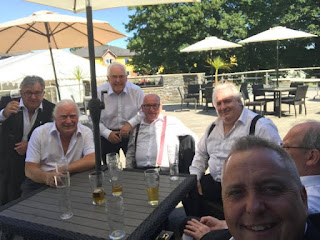 I also heard an interesting quote from W Bro Elfan Bell GLO - in discussion about the ritual for the Red Cross of Constantine...  he said the ritual was sort of like Rose Croix on Speed .. with a bit of latin thrown in ...
seems legit to me 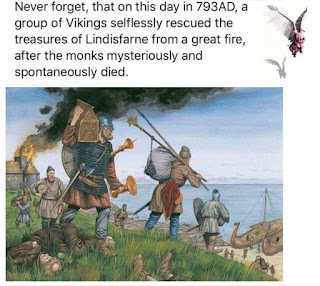