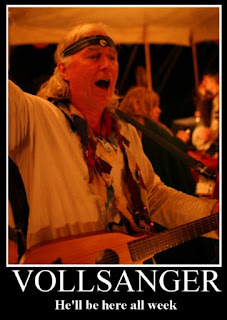 How can I best introduce myself?
My name is Vollsanger and I am "Here all Week".

The name Vollsanger, which did not exist anywhere other than in my imagination, is based upon a very bad made-up Viking language - "Voll" or Full, and "Sanger" for Song - or "Filled with Song". There are others who think that the character is full of something else - but we can leave that alone !!

After role-playing in the UK since 1999, in one of the largest game systems here - Curious Pastimes, in 2004 my wife and I formed the first dedicated LARP/Re-enactment Tavern in Britain - the Crimson Moon Tavern. With this mobile Tavern we covered most of the Game systems here in the UK as well as more established Reenactment events. Serving Meads, British Country Fruit Wines, real ales and ciders - and Vollsanger would come out from the bar to entertain.. 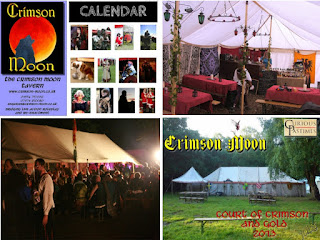 Asking only a copper piece I would sing your favourite song. For a silver piece I would move onto another table and leave you in peace (I made a lot of silver that way!)  - or for a Gold piece I would write a song for you - extemporized there and then - and in many cases refined it and added to the creation of original and "filked" songs.

Who are you and for how long have you been a musician?

I have played guitar since a child, the Autoharp more recently, and have sung in major Choirs as well as perfomances and local "open Mic" sessions, but mostly I play in the Crimson Moon - which still has over 40 bookings per annum - though under new ownership now. 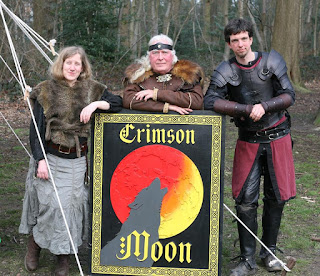 I specialise now in "re-discovering" lost viking songs - "stolen" by others - "The Sounds of Violence", taken by Simon and Garfunkel, "Welcome to the Coast of Caledonia" taken by the Eagles. "Laars Trekking", and of course the now Notorious "And a Green One" which has now been performed in over 24 languages including Klingon and Dothraki!

2018 and I have been very proud to have been voted LARP Bard of the Year in the UK LARP Awards. 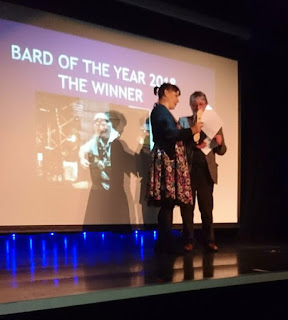 Where are you known from, where have you played on Mythodea/ConQuest, how could our reader know you? 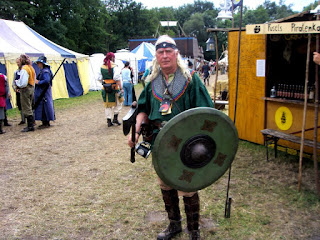 I came to Mythodea first in 2013 as a player with the Grand Expedition. I played Vollsanger, arriving as Der Vollsanger - the head of a Bardic Order second only to Der Meistersinger. I played to camps and for friends and illegally in the town - refusing to join the Guild of Bards until they proved worthwhile - being chased around town with my Son in Law acting as a Lookout and Body-guard - great fun and lovely role play!! 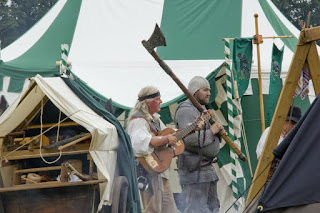 On my last day I decided to give the Guild the courtesy of a roleplay visit - I was invited to play at one of the Taverns which I did, and they offered me a beer token for my trouble. That fitted with my Bardic Heritage and sense of fun ....  The next thing I knew I was invited to attend the next year as Bard...  I have been in the Stadt/Tross ever since... 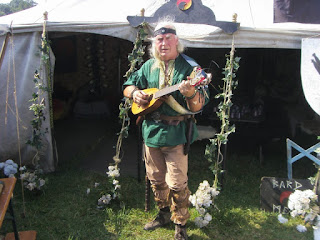 And so nowadays, if you are in the Town or the Tross you will find "Der Alte Bard" - the guy with the long Blond Hair (Platinum Blond - not White!!) pushing his Volls Wagen full of instruments, beer and meads. Playing the main Taverns in the evening - but you will find me at the Wein Stube, the Abtei, a street corner, a trader or anywhere someone wants  to hear a song..... or needs a Gin and Tonic...

Do you have a specific / special Mythodea- or ConQuest-song? Is that song online available?

I have many songs for Mythodea - but over the last years I have tried to celebrate the the great Taverns of Mythodea, and the beautiful people I have met. My Project "Love Chronicles of Mythodea" was almost ready last year and I hope to have the full CD available by next Conquest.

It is a sad tale of the beautiful women that Vollsanger has met and fallen in love with in Mythodea, (and totally failed to make an impression) and the Taverns that he met them in.....

an unknown lady stolen by the Viinshar, 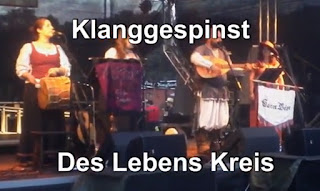 My favourite LARP song is also from Mythodea, by the amazing Klanggespinst : Des Lebens Kreis.


Written by Sarah Krause of Saitenweise - she and Michael Höfer made me welcome as a stranger in a strange land from my first visit into the Bard Guild. It also seems to sum up the whole concept of LARP and Life and Live Action.

What’s your plans for next year (on ConQuest and elsewhere)? Where can we see/hear you?

This year I hope to once more join the people of Mythodea. To act as Bard and sing and enjoy the great camaraderie of the Bards, the players and the staff. Hopefully the Volls Wagen will be there .. 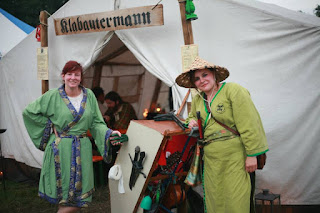 together with the many friends I have made over the last few years. Seems I have been adopted by a few more groups this year - most particularly "The Flaming Eagles" who are anxiously waiting to hear their new anthem ... "Fear in the Cities" - and a time to visit old and new Taverns.

Oh - did I mention that I also take my camera and video ???  See my galleries and video tracks for a personal view of Mythodea ...  Vollsanger's View - "here all week"  (Die Ganze Woche Da!) 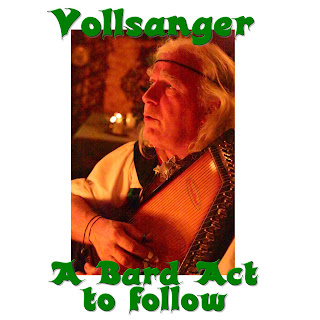 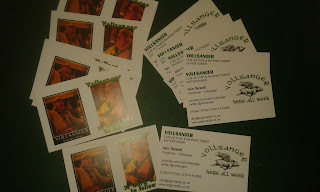