Thought for the day:"Owing to an autocorrect error I've just paid £25 to join a Labrador party."(Autocorrect Day 6)

Thought it was about time for a video again - so looked to see what as in the pot - and found a surprisingly large number of items ..

On the subject of History

So - on the way : Eremis the Bard's prize winning song "Where do you go to Lord Wolfie?" 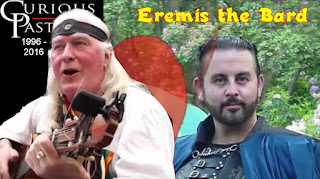 On the subject of Wales ...

On the subject of Pokemon..

On the subject of Etymology..

The position of "Gard Du Picardy" was a Title in the Royal household of the Medieval French Kings. Ostensibly it was a position guarding the fronteer between France and the Low countries.
However the position fell into disrepute in the 15th Century, mostly caused by its last incumbants.
Hugh De Coeurcerf was a good friend of King Charles VII, who presented Hugh with the position as a wedding gift.
However Hugh - whilst well meaning and usually quite an effective Courtier, was very clumsy, caused by a deformity of his left foot that meant his balance was never very good. Many in the court considered him an accident waiting to happen, and usually they were right. However his friendship with the king meant that mostly this was not something ever said to his face.


However, during a banquet in 1459 for a Papal Envoy, also attended by The crown Prince of Barvaria, Hugh managed to accidentally spill an entire skillett of Pheasent Stew over rthe Envoy, and in his haste to make amends tripped, landing face first into The Dauphans crotch (history does not relate the Dauphans reaction to this). Leaping up in embarrisment, De Coeurcerf, knocked over the high table, spilling food all over the wife of the Barvarian Prince. Unfortunatelly a candle also tipped over onto some spilled brandy which then set everything alight... All was suddenly Chaos.
Hugh De Coercerf never lived down this incident, and although he kept his titles he retired from court life, settling in his ancestral Castle near Baeuvais. His name had become synonimous for confused disaster, and whenever simelar shinnanigans happened at the french court, the word went out that "Things had all gone a bit Hugh, Gard De Picardy"

This phrase was brought over to England in the 17th Centuary, but time and differnces in languages meant that the wording altered.Hence, this is where we get the phrase "Higgledy Piggledy" and its meaning.

hmm - not convinced - but I never spoiled a good story by introducing the truth ...

Decided to give up on the evil Amitriptyline - does not seem to be having an effect except to prevent me drinking alcohol - and it was meant to be an anti-depressant!!
On good side - BP still at a low stage : 113:81
Also hit 14 stone dead today - that a stone and a half gone since the start of the diet ...  Not bad... 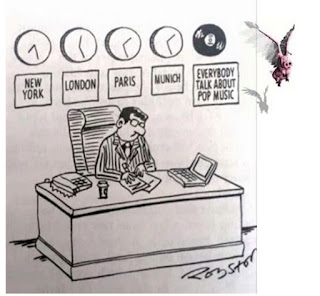