Thought for the day :"I used to wonder what it was like to read people's minds - now I am on facebook I am over it .."

and from Warped Wales... 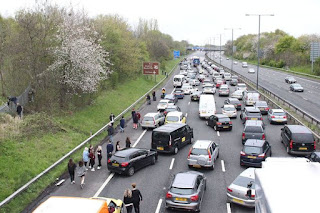 Hundreds of motorists travelling eastbound on the M56 motorway faced delays of up to 5 hours today after a Pokémon GO ‘Gym Battle’ broke out in the middle lane near Manchester Airport.

Early reports indicate that the driver of a Renault Scenic veered across three lanes before coming to a sudden stop. The driver, with three children in the back, walked out of his car into oncoming traffic holding his phone in the air.

The popular game has caused widespread controversy following its release, as players are required to travel great distances in the real world to move their avatars in the game.

Speaking from Westminster this afternoon, Secretary of State for Transport Patrick McLoughlin said: “This is a shocking incident. I believe the gentleman involved was 45 years old and spent half an hour battling with a 9 year old to takeover a ‘Gym’, which happened to be positioned in the middle lane of the M56. May I be the first to call this man a complete quilt”.

47 people are said to have missed their flights, and the estimated cost to the taxpayer to clear the tailbacks is likely to reach the hundreds of thousands. A spokesman for Greater Manchester Police said: “This game is ridiculous. Back in my day, if you wanted to walk around looking for big pink dragons and blue tortoises, you’d just take some acid like a normal person”. 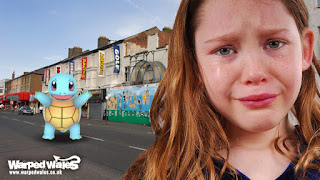 A user of the phenomenally popular mobile phone game ‘Pokémon GO’ has slammed its creators this week, after one of her missions caused her to walk aimlessly into Rhyl.

The game, which has taken the globe by storm, requires players to walk around in the real world to move their avatar in the game. Nintendo, who own the rights to the augmented reality app, received the complaint from ‘traumatised’ Emma Jones this morning.

“Apparently she was so transfixed by the game she didn’t realise that she’d wandered into a pretty unsavoury part of Rhyl”, said a Nintendo spokesman. “By the time she discovered her Pokemon she found herself in the middle of a Post Office robbery. We’re really sorry about this”.

He continued: “It’s terribly unfortunate that this user was forced to go to a place like Rhyl. By the time she arrived, her Pokemon avatar had a council flat application being processed and a mild cocaine addiction. That’s not what we set out to achieve”.


And in other news... Managed to visit my mother and give her the gift that has been waiting here for the last 10 days.. 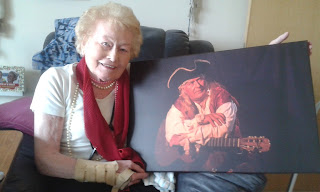 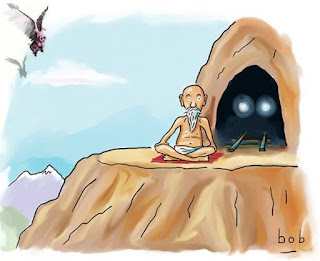