Thought for the day:"I enjoy a glass of wine each evening for the health benefits. The other glasses are for my witty comebacks and my flawless dance moves…"

But there are consequences for many....

Blogged from the Medievalists : but worthy of  note if only because it has its own drunken monk..


Feeling a little worse for wear after ringing in the New Year? Rolling out of bed with a banging headache and a mouth that’s dry as ash? Cringing as you scroll through Facebook and see photos of yourself dancing with a tie around your head at 2am?
Well, as you chug some water, and curse yourself for believing in your drinking and dancing prowess, here are a few hangover cures from days gone by, because people who partied like it was 1399 also needed a little help the morning after.

The Middle East
Muslim writer, Ibn Sayyar al-Warraq, compiled the earliest known Arabic cookbook in the tenth century, the Kitab al-Tabikh, The Book of Dishes. Even though Muslims are prohibited from drinking, there are recipes in it for making wine, and curing hangovers.
So what did the Abbasids do to cure a hangover from “the wine of evildoers”? They prescribed drinking lemonade along with your alcohol, and throwing in some mint and quince for good measure. Drinking Myrtle tea was also recommended, as it was believed to promote good digestion. For those already too far gone to prevent the inevitable, al-Warraq suggests drinking water while breathing deeply between sips. After you’re done downing water, he suggest chasing that with a hangover stew, called Kishkiyya:

Kishkiyya
3 lbs of meat
1/2 lb of chopped onion
1/2 cup olive oil
Herbs
Chickpeas,
Galangal (from the ginger family, also known as Chinese ginger)
Seasonal vegetables
Kishk (a wheat and yogurt paste used in the Middle East, but you can substitute plain yogurt)
Cumin
Cloves
Cassia (Cinnamon)
Spikenard (known as Nard or Muskroot, is a plant that was commonly used to season foods in the Middle Ages)
Hot water

Europe
Interestingly, the word “hangover”is relatively new, it’s really only been around since 1900. Prior to that, it was known by several funnier names: morning fog, gallon-distemper, bottle ache, blue-devils, jim-jams, cropsick, black dog and busthead, but the end result is the same – you feel like crap. People in Medieval Europe had some rather ingenious (and gross) ways of managing the effects of too much drink. 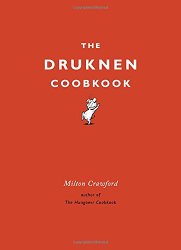 In England during the Middle Ages, raw eel with some ground bitter almonds was prescribed to cure a hangover, stemming from the belief that the eels would soak up the remaining alcohol in your system.

Not in the mood for eel? English court physician John of Gaddesden (1280-1361), in his medical treatise, the Rosa Medicinae, also recommended a testicle treatment:
“If any one have drunk too much, if it be a man the testicles should be washed with salt and vinegar, and if it be a woman, the breasts, also let them eat the leaf or the stalk or the juice of a cabbage with sugar.”

It wasn’t just an English thing, the Italians got in on the testicle cures too. You could always try dried bull’s penis, or pizzle, something Sicilians swore by to relieve hangovers. 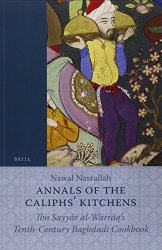 Let us know how that scrubbing goes, but if you’re not up for washing your testicles, you can always do as the Irish did; bury yourself up to your neck in wet sand. Another ancient Irish water-related recipe for a hangover is to chuck some oats in ice cold spring water and gulp it down. Tasty. It’s guaranteed to make you feel right as rain in fifteen minutes.

A little later, in the seventeenth century, Adam Olearius, German scholar and geographer (1599-1671), travelled extensively as the court mathematician to Frederick III, Duke of Holstein-Gottorp (1597-1659). While visiting Moscow to conduct trade negotiations on behalf of Frederick III, he made notes about the way Russians dealt with hangovers. One method was the preparation of a dish called pokhmel’e, (a hangover meal) which happens to also be the Russian word for “hangover”. Olearius wrote: 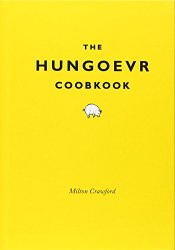 “The Russians prepare a special dish when they have a hangover or feel uncomfortable. They cut cold baked lamb into small pieces, like cubes, but thinner and broader, mix them with peppers and cucumbers similarly cut,[2] and pour over them a mixture of equal parts of vinegar and cucumber juice. They eat this with a spoon and afterwards a drink tastes good again”

Unbeknownst to the Russians at the time, the brine from the cucumbers (pickles) contained plenty of salt helping to replenish electrolytes, and reduce the effects of dehydration from a nasty hangover.
Lamb and pickles, or Gatorade? Bull’s testicles, Middle Eastern stew, or hair of the dog? Take your pick. Whatever you choose to cure that hangover, take care of yourself, and Happy New Year! 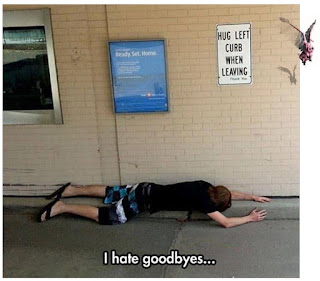