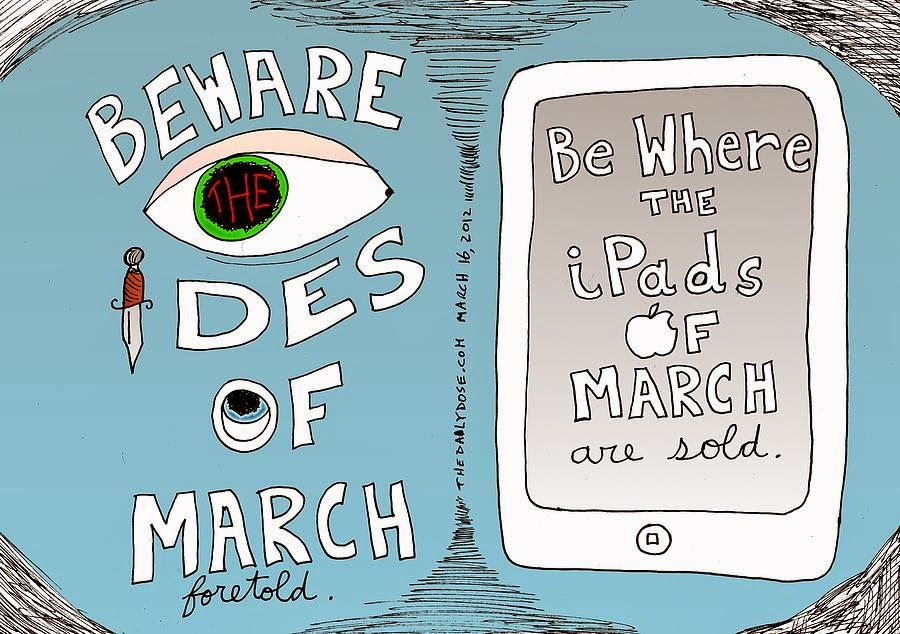 They say that though the years pass -William Shakespear's words remain relevant to the modern era.

Somehow, the words of warning from Julius Caesar will always be slightly watered down after a few series of Frankie Howard's "Up Pompeii" - but it seems that there is nothing really special about the Ides, other than it would be a bad day for the emperor...

I was unaware that the Ides were a standard counting measure for every month - particularly in those days when most would not have a calendar, and it would be rare for Julius to hear the town clock striking... especially thirteen!...

But a little research shows that the following were fairly standard: (though with typical Roman vagueness!)

The remaining, unnamed days of the month were identified by counting backwards from the Kalends, Nones, or the Ides. For example, March 3 would be V Nones—5 days before the Nones (the Roman method of counting days was inclusive; in other words, the Nones would be counted as one of the 5 days).
Days in March March 1: Kalends;
March 2: VI Nones;
March 3: V Nones;
March 4: IV Nones;
March 5: III Nones;
March 6: Pridie Nones (Latin for "on the day before");
March 7: Nones;
March 15: Ides 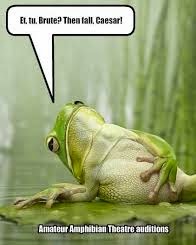 Weather fine. A day to get the Rotovator out and start ploughing up the garden. Manuals downloaded. Trailer ready. Just get some petrol and we should be well away.

When daisies pied and violets blue
And lady-smocks all silver-white
And cuckoo-buds of yellow hue
Do paint the meadows with delight,