Thought for the day :"Don’t you just hate it when you go to check your facebook and are rudely disturbed by a jogger bouncing off the windscreen"
I have always been a little sceptical about Father's Day, considering, for no real reason, that is t was simply an american campaign to sell more celebration cards and a few bottles of whisky (the latter of course has little objection in my particular case)....

However, I had no real reason for this until the wonders of the internet start throwing up all sorts of information that otherwise would not be circulating.

And so it seems that the tradition did indeed start in the united states.

Well, other than the fact that March 19th has been used since the middle ages by the catholic church and some of the more catholic countries. March 19th is St Joseph's day named after fatherly Nutritor Domini ("Nourisher of the Lord") in Catholicism and "the putative father of Jesus" in southern European tradition. This celebration was brought to the Americas by the Spanish and Portuguese, and in Latin America, Father's Day is still celebrated on 19 March. The Catholic church actively supported the custom of a celebration of fatherhood on St. Joseph's day from either the last years of the 14th century or from the early 15th century, apparently on the initiative of the Franciscans.

In the Coptic Church, the celebration of fatherhood is also observed on St Joseph's Day, but the Copts observe this celebration on July 20. This Coptic celebration may date back to the fifth century.

But it is in the 20th Century that we start to get a celebration which reflects male parenting and is introduced to compliment Mother's Day ....

Grace Golden Clayton was mourning the loss of her father, when in December 1907, the Monongah Mining Disaster in nearby Monongah killed 361 men, 250 of them fathers, leaving around a thousand fatherless children. Clayton suggested that her pastor Robert Thomas Webb honour all those fathers.
Clayton's event did not have repercussions outside Fairmont for several reasons, among them: the city was overwhelmed by other events, the celebration was never promoted outside the town itself and no proclamation of it was made by the city council. Also, two events overshadowed this event: the celebration of Independence Day July 4,

1908, with 12,000 attendants and several shows including a hot air balloon event, which took over the headlines in the following days, and the death of a 16-year-old girl on July 4. The local church and council were overwhelmed and they did not even think of promoting the event, and it was not celebrated again for many years.

The original sermon was not reproduced by the press and it was lost. Finally, Clayton was a quiet person, who never promoted the event and never talked to other persons about it.

On June 19, 1910, a Father's Day celebration was held at the YMCA in Spokane, Washington by Sonora Smart Dodd. Her father, the civil war veteran William Jackson Smart, was a single parent who raised his six children there. She was also a member of Old Centenary Presbyterian Church (now Knox Presbyterian Church), where she first proposed the idea. After hearing a sermon about Jarvis' Mother's Day in 1909 at Central Methodist Episcopal Church, she told her pastor that fathers should have a similar holiday to honour them. Although she initially suggested June 5, her father's birthday, the pastors did not have enough time to prepare their sermons, and the celebration was deferred to the third Sunday in June. Several local clergymen accepted the idea, and on June 19, 1910, the first Father's Day, "sermons honouring fathers were presented throughout the city".

In 1957, Maine Senator Margaret Chase Smith wrote a Father's Day proposal accusing Congress of ignoring fathers for 40 years while honouring mothers, thus "[singling] out just one of our two parents". In 1966, President Lyndon B. Johnson issued the first presidential proclamation honouring fathers, designating the third Sunday in June as Father's Day. Six years later, the day was made a permanent national holiday when President Richard Nixon signed it into law in 1972.

So, america is to blame - just saying !

Meanwhile, I think we have come full circle. In the old days it was necessary to go out and buy a card and a bottle of whisky to celebrate. Now it is sufficient to post onto social media with an old photograph and best wishes..   I approve of this move away from commercialisation.

It is a pity about the whisky though.... 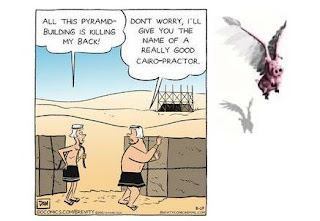