Thought for the day:"Sometimes, I question my sanity. Sometimes, it replies."

And so after a year of strange weather we now get a Heat Wave coming up through France and into the UK. Today, Wales had its hottest day of the year so far - with temperatures ready to climb.
Manchester was hotter than Morocco today.

Personally, I rather like it - sitting here contemplating a nice Gin and Tonic before dinner. Window open - though I think it may be hotter outside than inside! Certainly the cellar is the coolest place in the house.

And the end of the Glastonbury Weekend. Didn't really miss it this year. Couldn't see any performers that I really wanted to see. The headline acts were not my cup of tea. Watched some of the Who, which was alright - but not enough to brave the foul weather for - because of course it did rain last week! 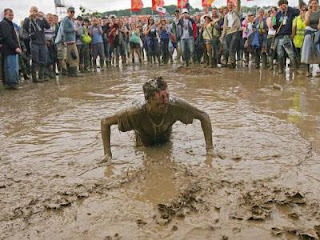 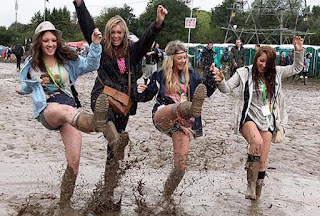 Somehow most of the photographs are of young ladies in the rain ...  Can't think why !! 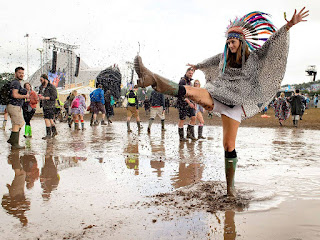 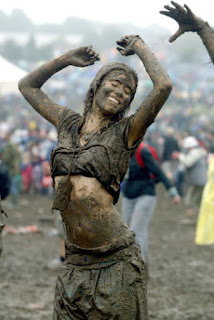 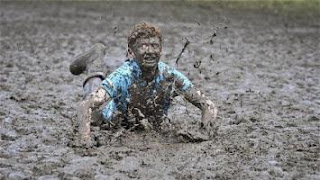 Though the occasional "other image " sneaks through..

But still my abiding memory of Glastonbury is the amount of rubbish that a group of people can leave ..  having decided in the past to wait and bring the car into the festival after it was all over.. you get a clear view of our disposable society...  though with tents coming in at less than £10 at Tesco - you can see why people cannot be bothered to take them home.. 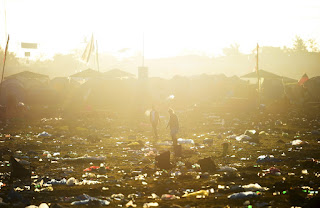 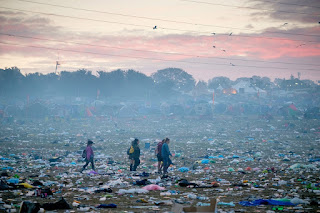 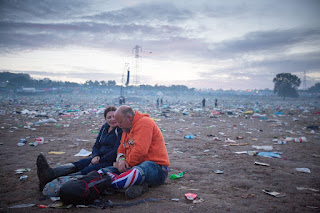 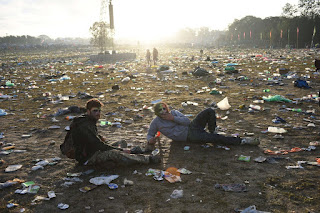 I understand that there is a mountain of single wellie boots collected every year. One enterprising soul has decided to collect them all - match them up and send them to needy countries...

Sounds like a plan...  So I drink to this enterprise and suggest we all give it a bit of Welly !!