Thought for the day : "Arguing with a fool only proves that there are two"

I wake this morning with my social media full of vitriol. All those who have been shouting about the right to vote, nay the duty to vote, are now calling foul because more people came out and voted to get out of Europe and somehow disagreed with their own views. I did get fed up almost as far back as January - and the last few days have been so full of scaremongering, that it is more of a surprise to me that the turn out was 72% but hardly a surprise that those votes fell almost equally into the two camps..

But did they ??
It is clear that there was a 50/50 spread generally but in the best principles of elections we have to look at the area vote - the "constituency" vote as this gives a better indication (in my view) of the feelings of each area.. You say geography and economic stability may have had an issue ? Say it is not so !!

And Lo and Behold - Scotland, Unionist Northern Ireland and London provide a clear gap to the rest of the country.. and they hold a large percentage of the country, and their economic experience each has its own hegemony and social myths. 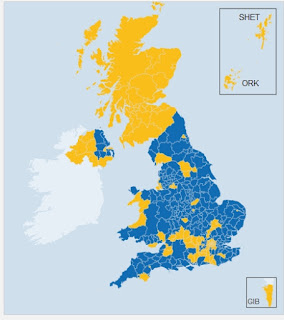 This map is so distinctive... 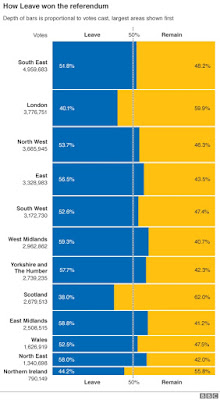 But we can clearly see what is happening - I did see a demographic table that suggests that the over 55's were mainly for exit and those below were mainly for staying, which was quite interesting - I will try to find it on my feeds - but it represented the number of years expected to live with the decision and the vote.... I think it may imply other things but it is still interesting ... It is the same argument that brought the voting age down to 18 (if you believe the democrats who thought it was fairer - personally I think that was brought in while under a labour government because the polls suggested that more 18 - 21 voters would vote labour - but that would be another story) ...  That the 18 - 21 year olds would have to live with the consequences for longer and therefore should have a vote ...
(There are those that say votes for women may have been a mistake - but not me!!  Coming out of the Trees !!  that was the first problem) 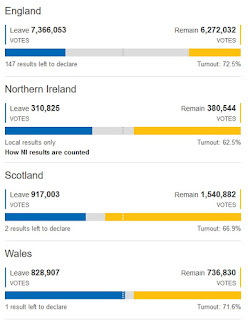 In numbers we can see the spread.. and there is likely to be an outcome where Scotland has once again pointed out that they have very little similarity with the Fat Cat politicians running the country from Westminster. They conducted a completely different "Remain" campaign and made their point.

So the PM David Cameron (who "everyone" has been asking to resign on every issue since the general election) has decided to resign and this is received with "shock and Horror"...  Why ??  How can a man stake his whole belief system upon "staying in and that anything else will be a huge calamity" and then say "okay - the country has spoken I will lead the country to the new solution"? Actually I expected him to do so as politicians have been crossing the floor and changing friends all the way through - which is a simple sign that politicians are in the business of maintaining power and governing - and cynical as I am - I do not believe it is for the "public good" but for their own self aggrandisement and (it is a job) to secure their personal wealth...

Donald Trump chose the weekend to pop across to Scotland, where they do not like him, but (oh what a surprise) they will put up with him because he is pumping millions into the local economy, and reopen his leisure complex and golf course...  If the vote had been "remain" he just made himself some money. But because it is  "Leave" he had the wonderful opportunity for the best spin "Look, the UK took back their country - Now we should do the same!".  Which pays the lie to all the pundits saying that he was making a huge mistake in leaving the USA at this "critical time" so near to the Republican Votes....  He seems obvious to me - but seems to be running rings around the media experts and commentators who really have not got to grips with what is happening. The same as they failed to grasp what was happening in this referendum...

And over night I watched the pound slump against the dollar. Before the ballot closed the pound was at $1.50 - as the money wizards sat and bet on the remain campaign.  Oh dear !!  As the first results came in the panic was clear to see. There were only a few dealing around the world at that time  - and the plummet continues hour by hour...  Ending when I went to bed at 4am at $1.36 - 14 cents difference!!.  Okay - scaremongers point out that £120 billion pounds are wiped out ..  What??  Wiped out of what?  What we have is a few millionaires have just gambled and lost - with our money I will grant you - but the whole gambling nature of the economic system is fundamentally at fault...

I see that the stock market slumped - but not half as much as that in the European countries who now see a threat from other countries. Greece was not able to pluck up courage to leave - I wonder what they would do if this vote had occurred before their financial crisis.  The UK stock market is beginning to recover as the morning continues.. The Bank of England has thrown a lot of paper money into the pot and a few rich people have got richer again as the pension pots of millions gets hit. Watch for another delay in pension dates. Why? because of the exit campaign? Because of the Exit Vote? Nope. Because some people play with money as a commodity every day to make a profit and can see an opportunity.  After the Calamity and Disaster headlines - watch for "UK economy rises as exports go through the ceiling as the low pound helps sales". In the past they devalued the pound when things got tough - here is a neat mechanism to achieve the same.

But more than anything this morning, within the "Cry Foul" camp, and the hate campaigns, I have never seen so much simple bad language upon social media. Everyone who voted the opposite way are now female genitalia, bottoms, and the amount of fornication being advocated is greater than the fall of Sodom and Gonorrhoea...  And this from a group of people who, as part primarily of the "Remain" Campaign are generalised as the educational "elite", the graduates, the higher income earners, the "intelligentsia"....  Shouting and bickering and tearing their hair out and rubbing ashes into their sack cloth and swearing like football hooligans..   Don't start me on Football Hooligans ...  I may speak my mind...

The Chinese used to have a curse which was "May you live in interesting times" .. ( Actually a check on wiki points out that there is no real source to this and is apocryphal - so yet another lie to add to the collection.) We will live in interesting times ....   Some politicians and economists may have to earn their living now and a few careers will go down the pan.

But I leave you with a poem and a voting conundrum

’Twas Brexit, and the slithy Goves
Did lie and grumble in the Mail,
All Menschy were the Boris droves,
And Nigel Farage is a fascist. 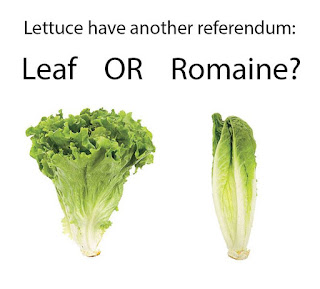 And no - I shall not say which way I voted - and I will not berate those who voted in ways other than me - That is what any democratic tool is about - it may not be fair but it is slightly better than 1975... 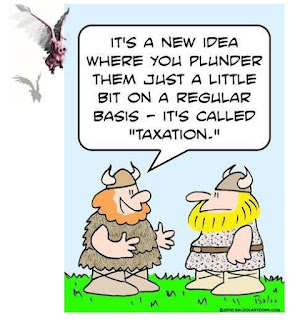