Thought for the day: "What does C.S Lewis keep in his wardrobe? Its Narnia business."[thank you Pete Scott]

So, spending some time working on new material for Germany and the Taverns of Mythodea. One of the places that I enjoyed playing last year particularly was the Klabautermann. this was the one place I really found difficult to remember the name - and never really got my head around it all summer, until I was leaving when I realised that it meant "Hobgoblin" - and then it seems to have stuck in my head...

But, having written a song for the Black Pearl, and for the Jollie Rouge, and since Tanja's Song is really set in the Black Pearl as well, I though it was about time that I tried one for Der Klabautermann 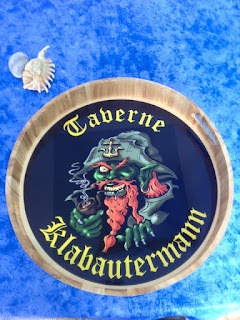 Now, my German is conversational at best and my vocabulary may be enough to get by but writing a song in German was a bit of a challenge. Such  challenge indeed that I decided that the chorus should be in German - with the style of a good German Drinking Song - or at least my interpretation of a good German drinking Song - sort of "Eins, Zwei, Zupfer!!" in style...  And so I got a few lines together.

But, since I have German friends it seemed the best idea to share the words and see whether they came out properly in German or not - or whether a comic English version would suffice. And so, Anja (of Finya's Song fame) took a few minutes out to examine and make suggestions. It was not an easy task for her of course as she had no idea of the tune - and I was the one trying to maintain the internal rhymes and the general feel of the song....   But between us I think that we cracked it...

and so - Der Klabautermann - written by Vollsanger and Finya Sidonius

From May to June we will all sing this merry tune
From June to July, we will drink the tavern dry
From August to September
I find it hard to remember
But then in October
We will refuse to be sober
We do what we can - Raise our glasses to "The Man"
Drink it dry if we can ... Drain the Klabautermann

Will try to get a recording today .... 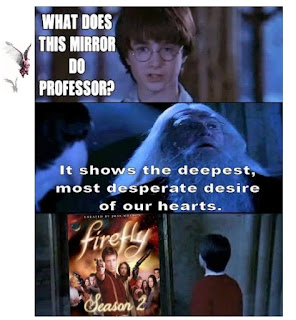