Thought for the day:"The average power nap is 20 minutes. This works out well because I can fit 3 of them evenly into one hour. "

From the thoughts of one of my favourite re-enactors.. 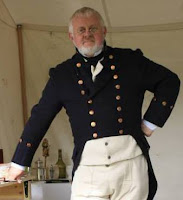 I mean, sometimes I just can’t help it. You see, I was in Morrisons procuring my weekly rations last eve’ when I ran into this situation in the biscuit aisle. Pray allow me to set the scene. There were these two obviously proud and astonishingly attentive grandparents baring down on a toddler sitting in a trolley. Mum was heading away towards the garibaldi’s with a look of grim determination on her fizzog and the enthusiastic seniors were attempting to teach their infant granddaughter the gentle art of bidding her mother farewell.

“Say ta-ta” they intoned together.
“Go on, say ta –ta”
“Saaaaay ta-ta”
All the time the kid was sitting there mute, looking around and taking in everything that was happening in the world of commerce except that which her grandparents wished.
“Go on, go on, saaaay ta-ta to mummy”
“ Taaaaa-ta”
“Taaaa-ta”
By now I couldn’t resist and in passing offered a quick “ta-ta” and a wave to which both gran and gramp looked up together, waved, and responded loudly in unison.....
“Ta-ta ! ”
Mother shook her head.
Kid looked, smiled and produced an amused and uni-toothed dribbly grin.
I wombled on towards tinned fruit and the grandparents resolutely continued as one….....
“Say ta-ta to the man….ta-ta, ta-ta ”
So, er, cheerio and …..nah, I’m not even going to say it !

Meanwhile - following on from my musings on Glastonbury Music Festival this year, I found this little item which made me laugh...  A (probably fake) set of instructions for Daily Mail Photographers when attending the festival...   I thought this was quite funny - but the context in which I found it on the Book of Faces beat everything - I do not know the lady in question - but a cut and copy makes this possible... 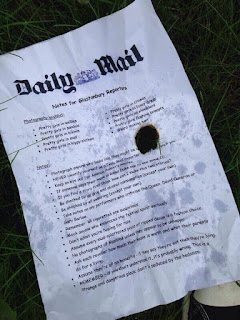 Bianca Cooper Hilarious but I find it a stretch to believe that even the Daily Fail would sink to using comic sans to type a memo.

Don't know who you are Bianca - but love this .. 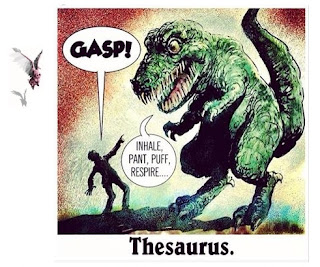