Thought for the day: "Quantum mechanics: The dreams stuff is made of."

After procrastinating for months, with new versions of "The Green One" having been recorded in various places, I finally got around to compiling the latest version of the "Green One Global" - version 4 this time.
It is a sad thing that the last version - having got up to 425 hits now will sit on the back burner,and the new version starts again at 1 hit.....

The fourth and latest stage of the plan to take over the world - with an infectious song that can only be satisfied when it has penetrated every language!!!
Now with...
English....French.....Italian.

­­....Mandarin....German.....An­c­ient Persian....Greek.....Dutch....­­Russian....Danish....Welsh... Latin....Icelandic....Estonian­.... Finnish... ....and some Star Trek....
There are versions included there which are sound only - a friend recorded his partner in Estonian and Finnish, I believe that she comes from Estonia and speaks Finnish fluently. I cut in some tourist footing from both countries to cover... I got a quick response from a Danish friend who wants to redo the "Black Pearl Danish version - too dark to see" which will be nice - an another friend from Brazil is going to try to cover a Portuguese version...   The challenge has gone out to get the Klingon Version up to date ... Sudden thought, I have a friend who was studying elvish - I wonder !!!!
Meanwhile I have included the Icelandic Version  recorded in Herstmonceaux..
And the Latin version ...
and the Welsh

I was doing a random search - actually looking for my own Vollsanger Tumblr account and found a nice little mention from Larp Forge on a video that they had posted back at the beginning of September...
Conquest 2014
Thanks for a good year at Conquest 2014.
Lot of projects on the table at the moment, but here is some of the footage
from this years Conquest, currently the biggest LARP in the world.

As mentioned we meet Vollsanger. You can find his channel her.
Vollsanger (LARP bard): http://www.youtube.com/user/vollsanger

Looking through their other videos I come across one called "The Inn Keeper" which fairly describes much of what I have done in playing the "Barkeep" over the years... But scrolling down the comments I find a random unsolicited comment from a Rhys George ... I am sure that I must know who he is but cannot recognise from the posting - but it reads...
Jul 30, 2014
Rhys George Says:
my favourite innkeeper goes by the name of vollsanger, a legend among us, he serves his drinks in his bar and plays music as well, but beware if you annoy him for he will swap his normal lute for a larp one and hit you with it :D love that guy﻿

So we will see whether we get any more hits for the Green One as time goes by...

Amazing Storms last night !! Rain enough for the monsoon period...  Beginning to start thinking about putting the heating on ... was not long ago I was complaining of the heat ...  Ho Hum!!! 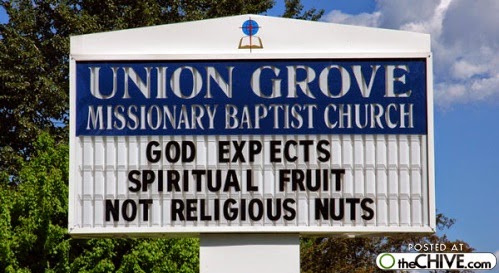