Thought for the day:"Anything is a boomerang if you throw it straight up."

Another busy day today - this time St Teilo Installation - and up until about 8pm last night I thought I would be entering a Masonic Year in the Craft without an office - for the first time in my Masonic Career of 34 years - and at eight o clock I was told that our honorary Organist had asked for a sabbatical for a year while he moved house and settled in - which leave me back at the Organ again !

Well - I didn't want to be sitting on my backside really !
However - it will be difficult to try to sing the Master's Song and Visitor's Song and play the piano at the same time - hoping that there will be some keyboard player available at the festive Board - I can wing the rest of it ...

And happy National Poetry Day...  and the theme for 2017 is Freedom - Dydd Barddoniaeth Hapus


The six foot duck
Very few have seen
This distinctive breed of bird;
It was reared on royal farms
When required by George the third.
But what the king desired
When he made the regal wish
Was a duck with four more legs
For his next majestic dish.
For when the chance arose
He ate drumsticks by the score
And the six foot duck he meant
Would produce an extra four.
So now the end result
Of this misconstructed request
Is a lanky useless bird
That can build a six foot nest.

A Road Less traveled
Two roads diverged in a yellow wood,
And sorry I could not travel both
And be one traveler, long I stood
And looked down one as far as I could
To where it bent in the undergrowth;
Then took the other, as just as fair,
And having perhaps the better claim,
Because it was grassy and wanted wear;
Though as for that the passing there
Had worn them really about the same,
And both that morning equally lay
In leaves no step had trodden black.
Oh, I kept the first for another day!
Yet knowing how way leads on to way,
I doubted if I should ever come back.
I shall be telling this with a sigh
Somewhere ages and ages hence:
Two roads diverged in a wood, and I—
I took the one less traveled by,
And that has made all the difference.
Robert Frost 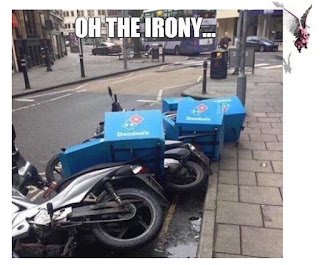