Thought for the day:"I am quite good at firework displays - I have a flare for it!" 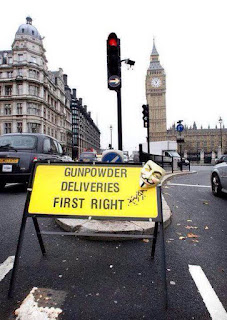 Remember, remember!
The fifth of November,
The Gunpowder treason and plot;
I know of no reason


Why the Gunpowder treason


Should ever be forgot!
Guy Fawkes and his companions
Did the scheme contrive,
To blow the King and Parliament
All up alive.
Threescore barrels, laid below,
To prove old England's overthrow.
But, by God's providence, him they catch,
With a dark lantern, lighting a match!
A stick and a stake
For King James's sake!
If you won't give me one,
I'll take two,
The better for me,
And the worse for you.
A rope, a rope, to hang the Pope,
A penn'orth of cheese to choke him,
A pint of beer to wash it down,
And a jolly good fire to burn him.
Holloa, boys! holloa, boys! make the bells ring!
Holloa, boys! holloa boys! God save the King!
Hip, hip, hooor-r-r-ray!


Though John Lawler tell me that the date used to be linked with the Arrival of William of Orange - or William the Third at Brixham in 1688 - the Glorious Revolution .. particularly in the book of Common Prayer - wiki tells us .. 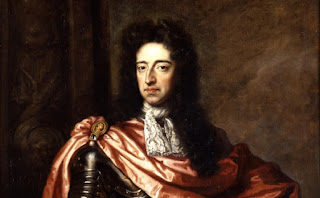 After the upheaval of the Civil War and the austerity of the Commonwealth, England once again enjoyed a period of stability after the Restoration. Charles II was clever enough to rule with his Parliament and wise enough to keep his religious leanings to himself. After his death, his brother James II failed to follow his example, leading to conflict with his nobles, Parliament, the Church and judiciary. Their solution was to replace him with his nephew, William of Orange, who managed to stage an almost bloodless revolution. Henceforth, England’s monarchs would have their powers limited and a constitutional monarchy was born.

A Form of Prayer with Thanksgiving;
to be used yearly upon the Fifth Day of November for the happy Deliverance of King James the First, and the Three Estates of England, from the most traiterous and bloody-intended Massacre by Gunpowder
And also for the happy Arrival of His Majesty King William on this Day, for the Deliverance of our Church and Nation. 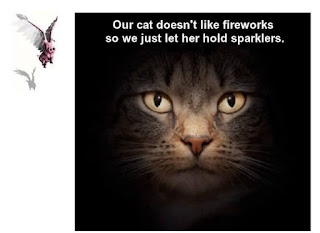