Thought for the day:"Iron man without his suit is stark naked" 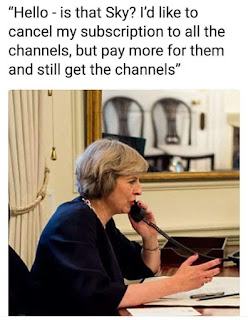 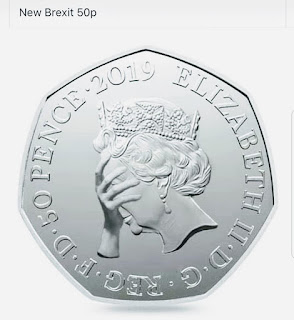 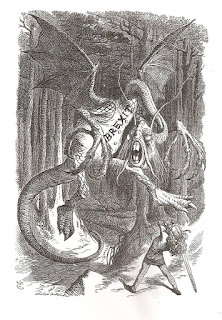 T’was Brexit, and the slithy Gove
Did gyre and gimble in the wabe,
All flimsy were the Faragists,
And the Rees-Moggs outgrabe.

Beware the squirming Gove, my son –
The lying tongue, the claws that catch,
Beware the frumious Boris bird –
Out for whatever it can snatch!

Who now will face it down, my son –
The Brexit-Beast with eyes of flame?
Oh who will seize a vorpal sword,
And cleave the monstrous thing in twain?

and in other news in Broken Britain...

I looked closely as I thought this was a scam - the man at the door seemed to leave it open - why did they not go in? - maybe there was another door - and that it was secure.....  However - if it is right - and the Guardian certainly thinks it was - then good for her ...

A pensioner who broke up a jewellery heist by running towards the scene and attacking the robbers with her shopping bag has explained how it had all come about through a misunderstanding.
Advertisement

Ann Timson, a retired market trader in her 70s, said in a statement issued through police that her "mother's instinct" had kicked in because she thought the disturbance was being caused by a boy being beaten up.

The extraordinary scene that ensued outside Michael Jones's jewellers in Northampton on Monday morning was captured by a cameraman who happened to be filming a documentary on the NHS.

The footage showed the gang attacking the jewellers, only to be foiled when Timson intervened. It looked too good to be true but it wasn't.

"I'd been shopping in the town and was on my way down Gold Street when I met a friend and stopped to have a chat," said Timson.

"I became aware of a loud revving noise at the top of the street. I looked over and saw a kid run up to the doorway of the jeweller. Three lads followed him and when I saw their arms going I thought the kid was being beaten up. My mother's instinct kicked in and I ran across the road shouting at the lads to stop it.

"Only then did I realise that they were smashing glass and that it was a raid. There was a scooter in my path revving up but by now I was in full flight and I started whacking the lads over the head with my shopping bag."

One of the gang members allegedly threatened her with a sledgehammer, but she was undeterred.

"Passersby didn't come to my assistance to begin with. I was amazed at that … a lot were standing there filming or taking photos and I wonder whether more people didn't intervene because they thought the raid was being mocked up."

She added: "In the cold light of day, I know I put myself in danger. But I probably would do the same again." 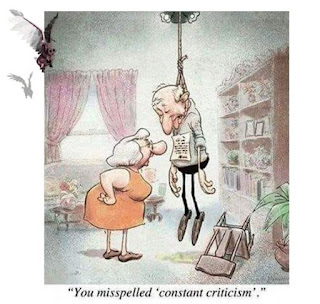