Thought for the day:""What the hell am I supposed to do with an army of midgets?"
They're as you requested, my liege " no... I said four foot soldiers"

I have never liked height, or at least I cannot remember a time when I did like them. I recall climbing trees as a youngster and also remember being high in a tree - but the swaying I seem to recall does nothing for me .. 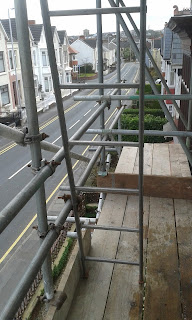 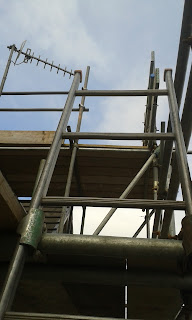 The bit I could not do was the next stage .. up to the roof itself...  Nope -
I do not really see the reason - after all I would be happy if it was a balcony - thought probably not if I had to climb up outside the balcony and clamber in .. A pity, I fancy the idea ... not the reality. 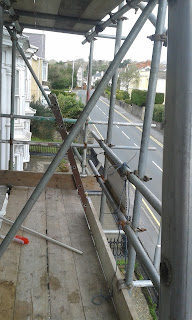 But this is the area where I managed to wash down the windows on the first floor...
"Oh, you have finished the top?" asks y wife - then she looked at the ashen face and the finger marks in the metal scaffolding ...   I let her finish it ...

Today we were doing a little paining again - I managed a lot of the ladder stuff for the bottom windows - though not very comfortable.. but it was a little windy today so even Susie was not that comfortable in the scaffolding...   We left it for another day... seemed a good idea to me.. 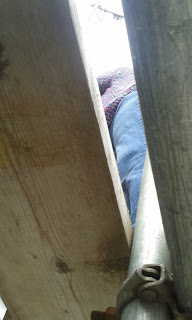 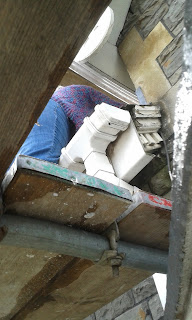 Well, it won't need painting for a while now !!


Sunday dinner I think and a nice glass of Chateau 41 - red ...
Cheers 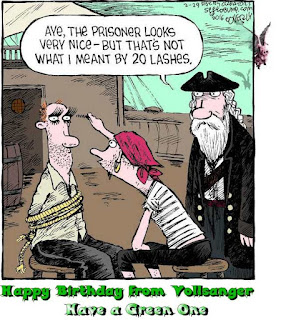