Thought for the day:"is Nitrous Oxo a laughing stock?"

This interesting little picture from 1968 came up on my feed - and to be honest it was before my time and I am sure that the control room had changed by the time I got there in 1978. 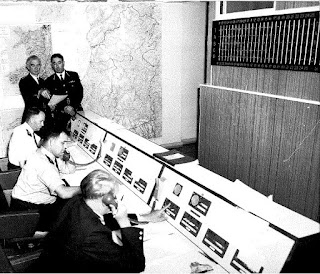 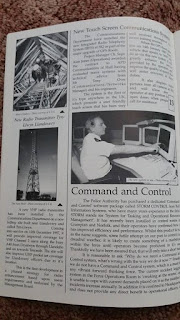 But as the day comes to a close, I read upon my twitter feed that my old Chief Constable is returning from Australia to come to a celebration of 50 years of the Dyfed Powys Police... 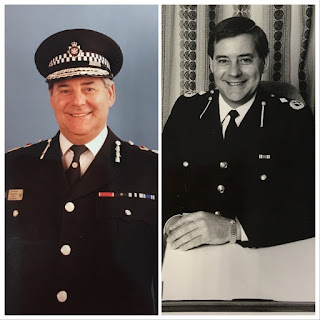 Comes as a bit of a shock to most of us who have served the force over that period, I initially thought it was only me that had not heard, but no!! A quick post upon the facebook pages for "Members of Dyfed-Powys Police" shows a similar lack of knowledge.

One colleague, an ex superintendent with whom I am in contact from other circles, tells me that he had a very late invitation due to being a senior member of the Operation Julie Case, considered to be one of the important stages of police history in the period. Interestingly - the Wiki entry for the operation lists two and a half years and eleven police forces and does not actually mention Dyfed-Powys police at all though the latter stage was in West Wales.

It seems that a very restricted invitation list was put together - certainly I can find little mention.

A news report on 30th March in the South wales Guardian tells me that the Force is celebrating by appointing a Poet. Chief Constable is quoted "We are very fortunate that the famous welsh poet Eurig Salisbury has agreed to become the force poet to help us celebrate the work of Dyfed-Powys Police over the next year.”

The article mentions "Over the last 50 years the force has seen a lot of changes including the uniform worn, the locations of police stations, the improvements in technology and the make-up of the police family." yup - many of us were involved in a lot of those decisions. I certainly had my grubby fingers in the rise of technology, building police headquarters, development of sub-divisional policing, introduction of PACE, reformation of a traffic unit, and many colleagues worked hard in all these areas and there were those who did the actual policing of the force area - the largest force area in England and Wales - policed by the smallest work force.

However - the article also mentions the following :
In 1968, the force saw the official opening of the first phase of the Royal Mint’s move from London to the new plant in Llantrisant, Trawsfynydd nuclear power station, the only nuclear power station to be located in a national park, is opened and Welsh actor Rhys Ifans is born

But you know - you cannot blame the Press when the Dyfed-Powys Press report for 29th March reads:


"Dyfed-Powys Police is delighted to announce that on 1st April 2018 the force will be celebrating its 50thanniversary.
On the 1st April 1968 Carmarthenshire and Cardiganshire Constabulary, the Mid Wales Constabulary and the Pembrokeshire Police came together to form Dyfed-Powys Constabulary, making it the largest police force geographically in England and Wales. The name changed to Dyfed-Powys Police in 1974.
Over the next year a number of events are planned to mark the special anniversary and officers and staff, serving and retired, will have the opportunity to came together to share their memories and experiences about life in the force over the decades.
In 1968 we saw the official opening of the first phase of the Royal Mint’s move from London to the new plant in Llantrisant, Trawsfynydd nuclear power station, the only nuclear power station to be located in a national park, is opened and Welsh actor Rhys Ifans is born.
Over the last 50 years the force has seen a lot of changes including the uniform worn, the locations of police stations, the improvements in technology and the make-up of the police family. "

Is it only me or does anyone else see the irony in the reference to April 1st ...

I shall now go back to my books ...
And lift a glass of Chateau 41 to all my colleagues over the last 50 years of Dyfed-Powys Police - the forgotten !! 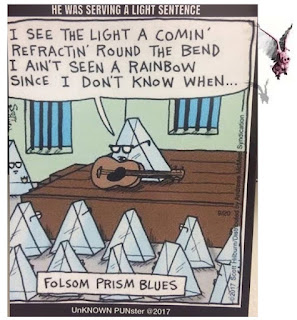