Thought for the day:"One of the the Circus's Russian acrobats in the human pyramid has been deported. Now they don't have Oleg to stand on."

So - in answer to the Picture for the Day (below)  - Bob Williams - a colleague poster replied:

"Stéphane Grappelli used to tell a story about when the Quintette du Hot Club de France was booked to play at a dance for a naturist club. They duly stripped off but when the curtains opened they saw that everyone else was fully clothed. They carried on and played the gig. But it is worth remembering that the guitarists were seated with guitars on their laps, the bass player was standing behind his bass, but the violinist..."


A bit of a marathon today - Red Cross Of Constantine down in Bridgend with the Appendant Orders, though luckily a non - speaking part as torch Bearer, followed by Allied Masonic Degrees this evening and a rehearsal for St Teilo ...

2nd degree tracing board tomorrow - but if the weather holds will have to try and get some of the rubbish taken up to the dump !!

Roy Roberts
It was with sadness that we all received news yesterday of the passing of Roy (RDR) Roberts. He had been in failing health over the last couple of years but had devoted a large part of his years to Masonry and was a faithful and active member of this Conclave.

He joined the Red Cross of Constantine rather later than many of his degrees, becoming a member of Maurice in 2002 and served in the Chair in 2009 and 2010. He was always willing to work hard and support in this degree. He received recognition as Divisional Herald and P Div G Almoner in 2013. He was always willing to assist in Ceremonial and ritual.

Geoffrey Steele
Since our last meeting we have sadly lost one of our Elder Statesmen – A gentleman, a prolific Mason and a loyal member of this Conclave, the Order and Masonry in general…

He was always kind, helpful  and of good humour.

However I soon found that as I joined many other orders, Geoff Steele was always there, always supporting, and usually one of the senior members of the Lodge, Chapter, Preceptory, or Conclave…

In this Order he was a member of Aberteifi, Dewi Sant, Maurice and Brenhinoedd de Cymru achieving Past Grand Prefect in 1994, PG Chamberlain in 1999 and PG High Chancellor in 2005.
He achieved Grand Rank or Equivalent in Knight’s Templar,  Secret Monitor, Royal & Select Masters Royal Ark Mariner and Allied Masonic Degrees,  and he was member of many lodges across .

He was born in June 1922 and my knowledge is only in Freemasonry, but following his death I have heard tales of his exploits in the war, when he was parachuted behind enemy lines in to fight with Marshall Tito’s Partisans as a member of Special Operations. Typical of the man that he never spoke of such matters.

He became a Brewery Representative for Hancocks Brewery at one time the largest Brewery in and enjoyed more than a pint himself. He said every pint was a contribution to his pension fund.

Knights Roy Roberts and Geoffrey Steele can be truly said to have lived  respected and died regretted.

May light perpetual shine upon them ...

A glass of Chateau 41 is called for...
Cheers 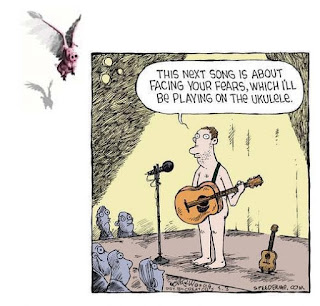